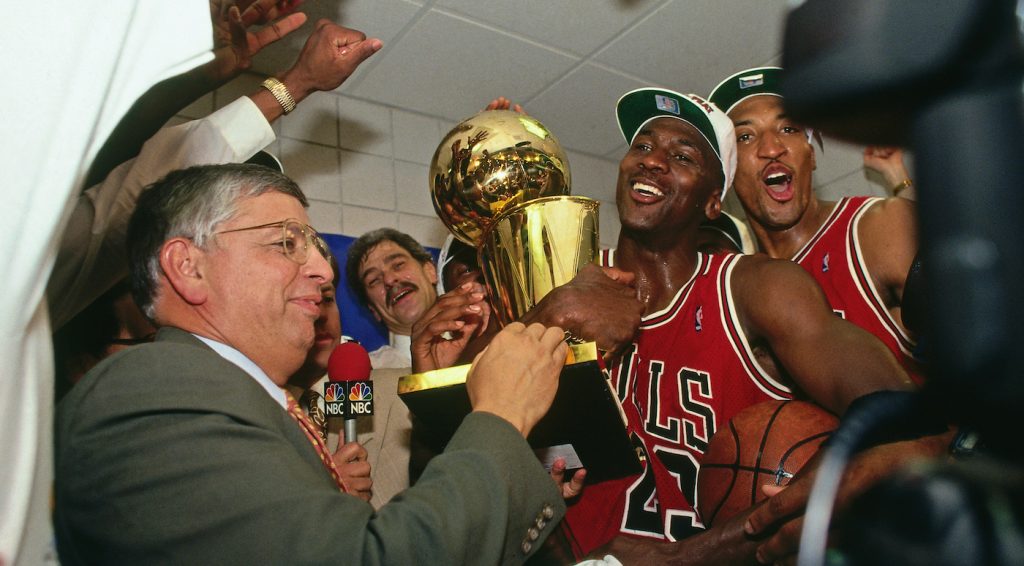 There’s a certain beat that will instantly transport those of us who were avid sports fans in the 90s. The beat comes from a song (which I’d never known until this moment, after Googling it) by the British rock band The Alan Parsons Project. The song is called “Sirius.” This brief instrumental, under two minutes long, was adopted by the Chicago Bulls to introduce their starting lineup during their epic run of six NBA championships between 1991 and 1998. For millions of people, you cannot hear “Sirius” without thinking of one man; Michael Jordan.

Thus it makes perfect sense that the song is present in the first trailer for The Last Dance, ESPN’s 10-part documentary series that tracks the Bulls rise in the 90s and the ascension of Michael Jordan as one of the biggest global superstars in sports history. Directed by Jason Hehir, who got unprecedented access to the Bulls’ 1998 season, the series includes interviews with Jordan and his teammates like Scottie Pippen, Steve Kerr, and Dennis Rodman, as well as his legendary coach Phil Jackson, and rivals from Patrick Ewing to Charles Barkley. There’s also an interview with noted basketball enthusiast Barack Obama.

The Last Dance was originally slated for a June 23 release, but ESPN has moved it up to April 19 to account for the fact that most of the country is at home practicing social distancing due to the novel coronavirus. Two new episodes of the doc series will be released every night through May 17. For international viewers, you’ll be able to catch The Last Dance on Netflix starting on April 20.

Check out the brief but highly enjoyable trailer here. For one chill-inducing moment, notice when Jordan and the late Kobe Bryant pass each other outside of their respective locker rooms:

In the fall of 1997, Michael Jordan and the Chicago Bulls began their quest to win a sixth NBA title in eight years. But despite all Jordan had achieved since his sensational debut 13 years earlier, “The Last Dance,” as coach Phil Jackson called it, would be shadowed by tension with the club’s front office and the overwhelming sense that this was the last time the world would ever see the greatest player of all time, and his extraordinary teammates, in full flight.