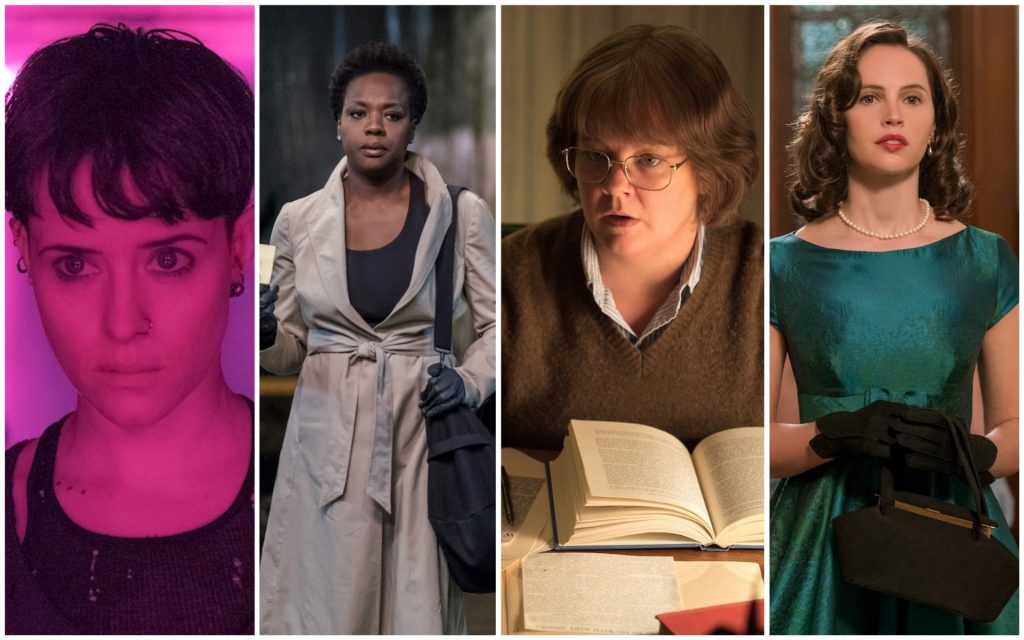 Three Criminals and A Judge: Women Rule in our Friday Trailer & Clip Breakdown

Their characters might have nothing in common, but all these women share one thing; they’re headlining these big-time fall films.

We’ve already told you about how sensational Widows is (you can read our interviews with the film’s composer Hans Zimmer and editor Joe Walker)—the incomparable Viola Davis leads a stellar, female-focused cast in director Steve McQueen’s heist masterpiece. In a new featurette from 20th Century Fox, the cast and co-writer Gillian Flynn discuss the deliciously twisty story, which is super-charged by Davis and her co-stars Elizabeth Debicki, Michelle Rodriguez, and Cynthia Erivo. Widows hits theaters on November 16:

In The Girl in the Spider’s Web, a nearly unrecognizable Claire Foy plays vigilante and hacker Lisbeth Salander in a story that picks up with Salander and journalist Mikael Blomkvist (Sverrir Gudnason) years after the events of The Girl with the Dragon Tattoo. Foy has been on a roll ever since she donned The Crown, nearly stealing First Man as Neil Armstrong’s tough, resilient wife Janet. In this new clip from Sony Pictures, Foy’s Salander helps spring Sorry to Bother You star Lakeith Stanfield’s Edwin Needham from an airport cell, giving him a taste of her high-octane, high-stakes existence. The Girl in the Spider’s Web premieres on November 9:

Another kind of hero is the star of On the Basis of Sex. We’re talking about Supreme Court Justice Ruth Bader Ginsburg, played here by Felicity Jones. Mimi Leder’s film puts Ginsburg front and center as it follows her struggle to win equal rights for women, and her incredible rise to the highest court in the land. On the Basis of Sex is out on December 25.

And finally, there’s Melissa McCarthy’s stellar turn as celebrity biographer Lee Israel in Marielle Heller’s Can You Ever Forgive Me. Israel was an American author who turned to forgery when her career writing books and magazine articles failed to pay her rent. Israel went on to forge more than 400 letters by deceased actors and writers, and then began stealing real letters and autographed papers from archives and libraries, selling both forged and stolen original works. The reviews for McCarthy’s performance and for Can You Ever Forgive Me as a whole need no forgery—it’s currently sitting at 99% fresh on Rotten Tomatoes. Can You Ever Forgive Me is in theaters now.

TAGS20th Century Fox Can You Ever Forgive Me? Fox Searchlight Sony Pictures The Girl in the Spider's Web Widows