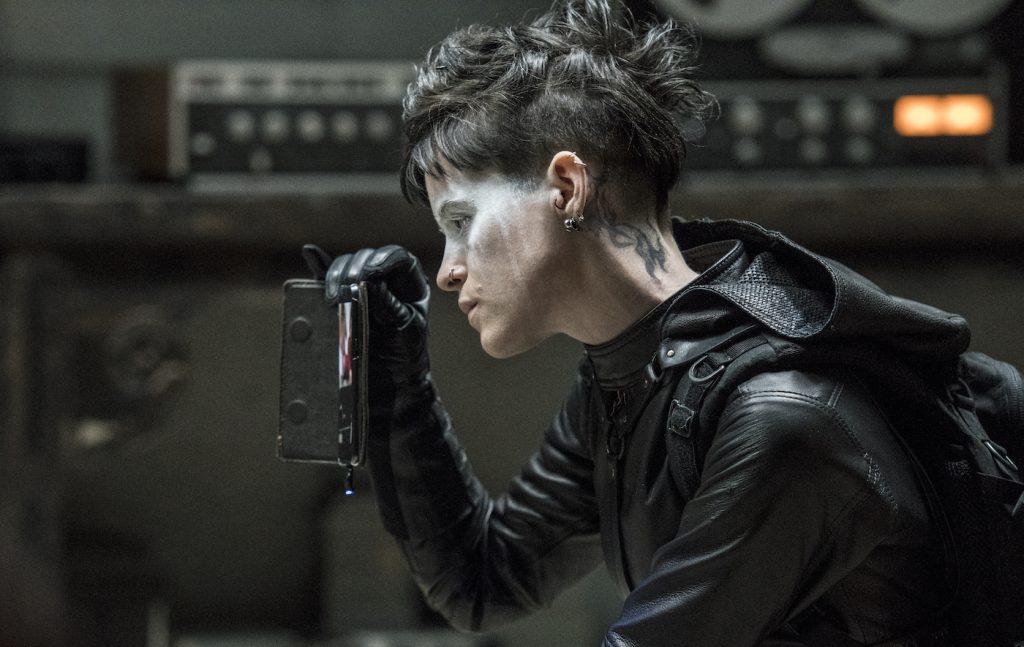 This is not the Claire Foy you’re used to seeing. The talented actress best known for playing the young Queen Elizabeth in Netflix’s The Crown is completely transformed in Sony Pictures’ The Girl in the Spider’s Web. From high tea and corsets to torture and leather, Foy plays the iconic computer hacker and avenging angel Lisbeth Salander. The Girl in the Spider’s Web was shot by Don’t Breathe director Fede Alvarez, an adaptation from David Lagercrantz’s book (itself a continuation of the massively popular series created by Stieg Larsson). The first trailer for The Girl in the Spider’s Web is as moody, dark and deliciously demented as you’d hope, with Foy looking absolutely at home playing the righteous, ruthless Salander.

The film picks up with Salander and journalist Mikael Blomkvist (Sverrir Gudnason) a years after the events of The Girl with the Dragon Tattoo, with the motorcycle riding vigilante and the tireless journo teaming up once again to take on sinister new villains.

The Girl in the Spider’s Web hits theaters on November 9th.

Check out the first trailer below:

Here’s the official synopsis for The Girl in the Spider’s Web:

Lisbeth Salander, the cult figure and title character of the acclaimed Millennium book series created by Stieg Larsson, will return to the screen in The Girl in the Spider’s Web, a first-time adaptation of the recent global bestseller written by David Lagercrantz. Golden Globe winner Claire Foy, the star of “The Crown,” will play the outcast vigilante defender under the direction of Fede Alvarez, the director of 2016’s breakout thriller Don’t Breathe; the screenplay adaptation is by Steven Knight and Fede Alvarez & Jay Basu.