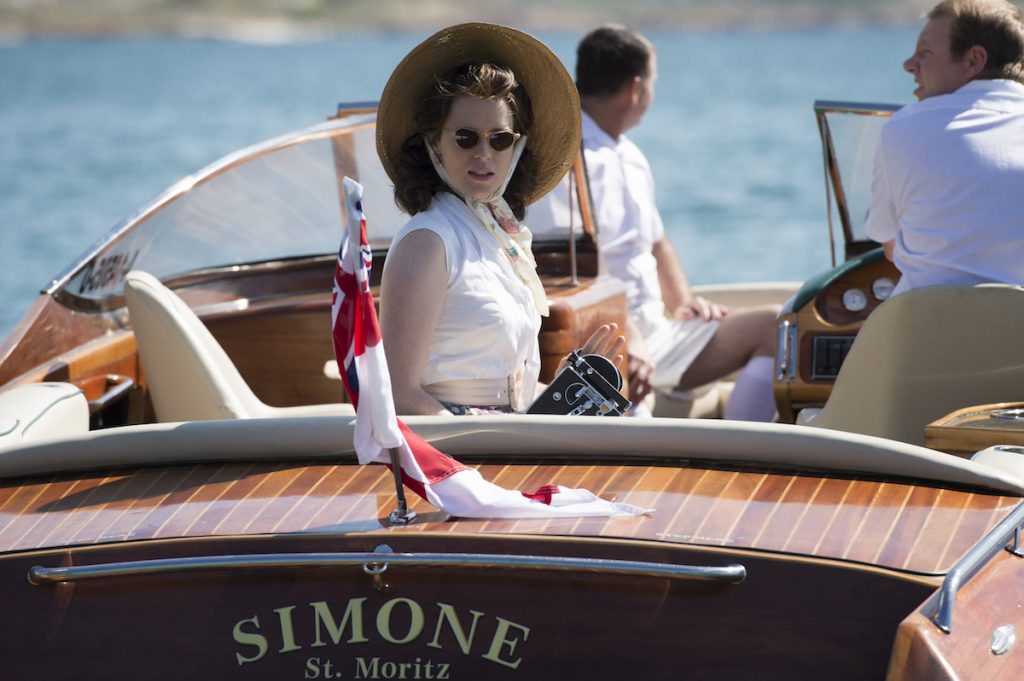 The beautifully shot and lavishly produced Netflix series The Crown has raised the bar in terms of the quality that we can expect from a television series. Cinematographer Adriano Goldman chats to The Credits about how he went about achieving this, creating intimacy in grand locations and why he approached the story as though it was fiction.

Congratulations on your work on The Crown. Was it an enjoyable project?

Well, yes, it was, very much so. And just to give you an idea, I'd say that 90 per cent of the crew came back for season two. So, I think we all had a great, great time. Especially my artistic collaboration with the productin designer and the costume designer, and all the other departments was so healthy, productive and enjoyable. I had such a great time on season one and now we're finishing season two. I mean it's very tiring; we're talking about 150 days shooting. It is very long and intense but I had such a great time and I learned so much.

What was your initial approach to the project?

Because I'm a foreigner, I didn't grow up in England, for me, it does look and feel like fiction, very much. So I think my approach was always like, what's the best story? It doesn't really matter if it's real or not. From my perspective, there's a very realistic approach on my lighting options and strategy, even on Jane Eyre, another British story I helped to tell a few years ago. Lights should come from outside, it should feel believable.

There is a connection between Jane Eyre and The Crown. Even though they are period dramas, they both feel quite fresh and real.

Fresh, I love that word. It is fresh and real. Yes, there's a few things- like the centre-framing- that you can relate but this is just my background and my taste. The result is a much more complex combination of what Martin Childs did, the production designer, and Michele Clapton, the costume designer. And all the work we did together during prep, by choosing muted colours and all the camera things I did- like finding lenses that could help to deliver a more filmic look. We used blenders to create hazy light on set, and diffusion filters. And again, the lighting…the lights always come from outside. 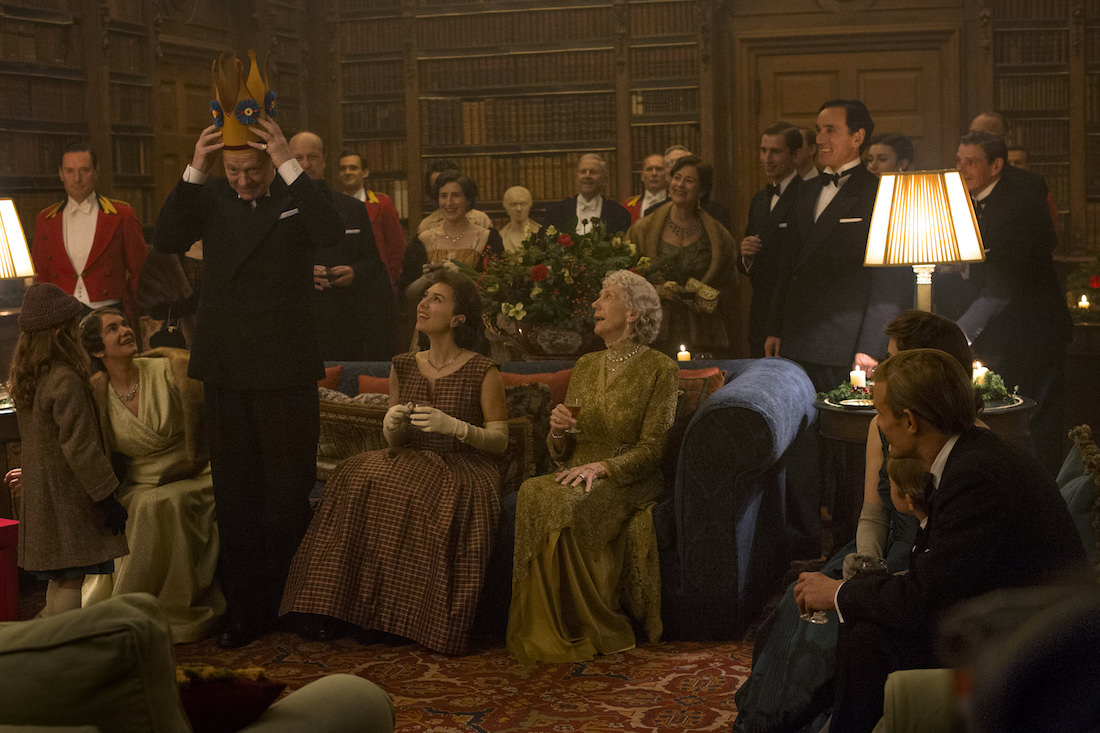 Do you develop an overall strategy for the lighting to begin with?

My strategy is very much related to how the actors perceive the set. So, I'm very proud to say that there were many times that they stepped into our set and there's not a single light on the set, and they just ask me, ‘Is that it?’ They really get very excited about the freedom that gives them. It gives Stephen [Daldry] the freedom to develop his choreography. Because it's all about motion and emotion, and everything combined. But we loved to be able to really take good care of the actors' faces. I think all of us together, I need to feel that the director is supporting me on that strategy. And I think that we made such a great team, and we enjoyed so much working together.

You've worked with Stephen before, yes? On the movie Trash. Is that how this came about?

We did work on Trash together, but it looks 100% different from the work on The Crown. I think we love working together, and I think that proves in a sense that we can also change, depending on what story that we're telling. I think we are going to keep working together. I used to say that he's actually more than a filmmaker, he's a true artist. I really love working with him, he's exciting and I love how complex his choreography is.

We've talked about how you've created a certain realism. It is quite cinematic but it feels like you are telling a real, human story. How do you then, at the same time, create a regal atmosphere? You’re telling the story of a queen, so you need to be able to move seamlessly between those private moments to something like the coronation. What are some of the techniques that you use?

For scenes like the coronation we really had to respect what would be accurate historically, which demands a different approach. So, for instance Stephen doesn't really like storyboarding the scenes, but that was one of the few ones that we had to because we needed a plan because it’s a massive scene that we had to shoot for about three or four days. So, depending on the size, or the scale of the scene it does require more accuracy, and more precision, but that doesn't change the way I light it, or the way I approach it. It's just bigger in a sense. 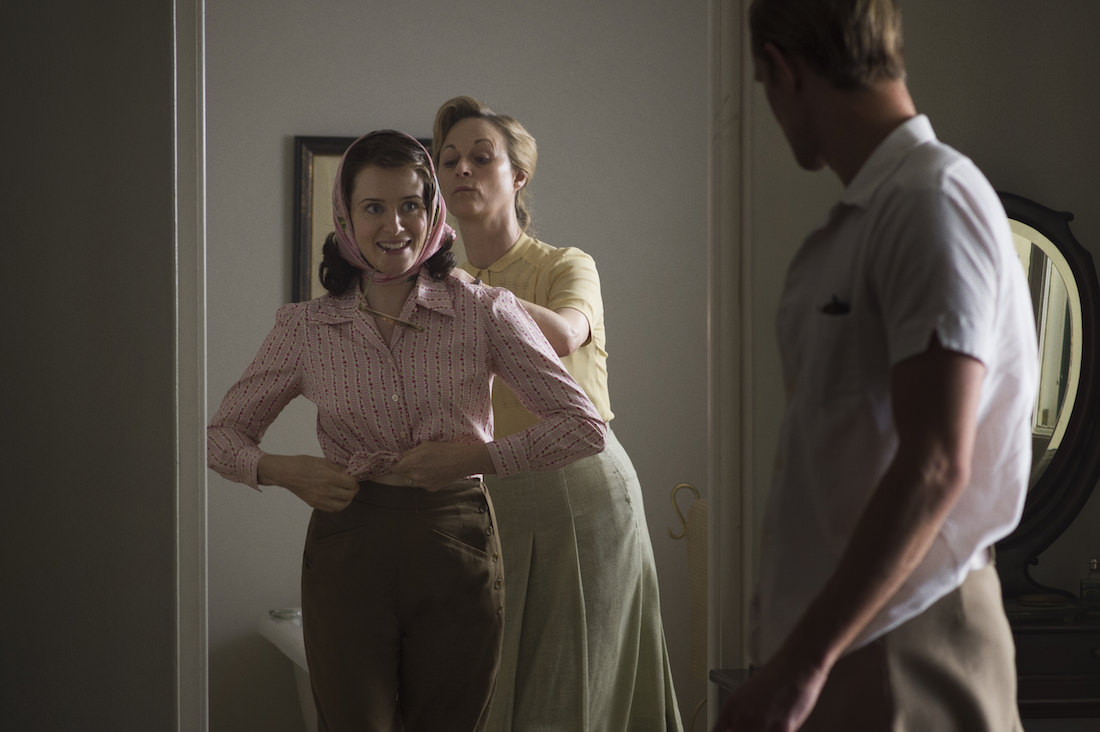 How much did the grand locations influence your choices?

We shot the series, I would say 70% on location, and the locations themselves, they always somehow deliver scale. It helps: you don't have to think too much about. I come to the set everyday and appreciate the location. I think about something that could deliver scale and also intimacy, so here's my suggestion for wide shots. This is where I think the actors should come through, eventually they should stop by the window. Then we are going to jump into close ups. Eventually after a few weeks that turns into a grammar that we all embrace. So there is no much discussion anymore in terms of, of course we need a wide shot, this is a very drastic location. And then it’s back to normal filmmaking. What is the best way to block this scene to be able to deliver an interesting wide scale, and show how grand all these places are, and also at the very end feel intimate. But I think we were all driven and inspired by the quality of the dialogue, and I think more than anything else Claire Foy's performance.

You felt from the beginning that she was delivering a great performance?

Yes and that's where the realism actually comes from. You listen and you see them delivering those lines, and you believe it. It never feels too, how can I say this… glossy. Or, exaggerated in any sense. And her performance, I mean just unbelievable. Everything that she delivered comes with emotion, and intention, and intensity.

You can combine the best true artists in the world, and if the performance and the story are not good, you are going to fail. And also, I think there is a difference between, say, naturalism and realism. For instance, I've done projects before where you basically rehearse something, create some sort of block in choreography, and then you step away from it and from a long lens, you just shoot it. More like a documentary style, right? But we never considered that. We always wanted it to be close to the action. Close to the characters. And it's funny, by doing so, you see every single blink. You can see every single fabric, and the difference between this outfit and that outfit, and this window, and this curtain. So you actually feel like you can touch every element of the design and I think that's quite an achievement. Not only from my perspective, but I think it's a collective work that achieves this quality.

That's important in a project that is trying to break down a natural barrier that exists people and the monarchy. That's an essential part of it I guess?

Yeah, and also I think from my perspective, since I don't need to be as deferential to the royal family and the monarchy, because I'm not British. My approach actually, I read every script, and I came to set everyday, like if I was shooting a fiction picture. It's a very interesting, sophisticated story and I want to deliver my best work.

What was the biggest challenge for you to work on?

Well, I think the wedding was challenging because we had to be a little more accurate, and of course the cathedral where we shot it was massive. So, it was a very challenging lighting approach. There is also the coronation but that's a different sort of challenge where you're supposed to match, or deliver something that people can relate to. So you shouldn't go too far in terms of your personal style. But I think Africa. I think Africa was very challenging, when we went to Africa especially for episode two. Challenging in the very best way, all of those locations were amazing. It's challenging because that's something that nobody has ever seen. I mean the queen and her husband in very intimate moments, acting like normal people. But actually a very adorable challenge. There was nothing where I felt like, God I'm in trouble. I felt very confident.

How long does it take you to find your groove on a project like this?

Usually in that first week, maybe the first two weeks of principle photography. Because then you have all of the elements. Finally, you have makeup, you have costuming, you have locations, you have all of the crew. Then you start shooting stuff, a little shy at first, and then after a few days by watching the rushes, you realise, Wow, it's actually looking really good. So we can go a little further. We can get a little bolder. Sometimes it doesn't work, and then you have to rethink, but it did work, and we all loved the first rushes we saw. They were beautiful. It's a perfect combination, you know.