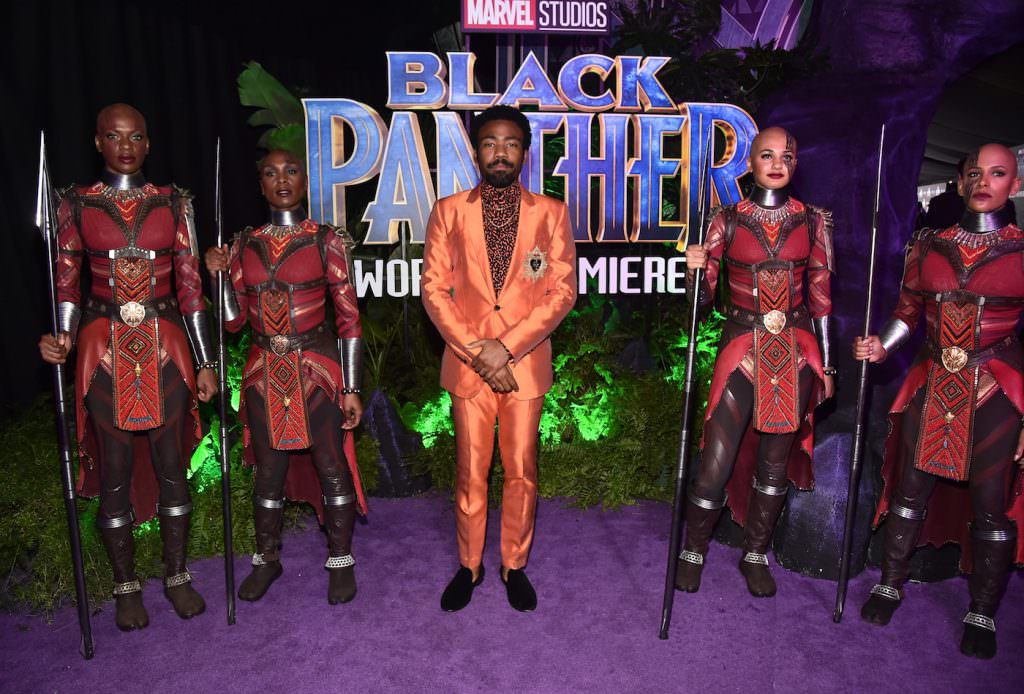 We’ve spent a lot of time rejoicing in the epic, groundbreaking, history-making grandeur of Ryan Coogler’s Black Panther. We talked with the film’s costume designer Ruth E. Carter about helping create the Dora Milaje, the all-female fighting force that advises, protects, and kicks butt for the Wakandan king T’Challa (Chadwick Boseman). We also had Carter school us on all the research that went into creating the iconic Panther suit, which included looking at Botswanan river tribes, Japanese armor, and Superman’s secret under suit. We chatted with production designer Hannah Beachler about how she helped Coogler envision and create, the fictional and never-before-conquered Wakanda, easily the most memorable setting in any Marvel film, ever. We’ve discussed potential alternate endings, looked at how one particularly thrilling fight sequence was created, and even shared Ryan Coogler’s letter to his cast, crew and fans. Now it’s time to talk about another aspect of Black Panther—how witty it was—and give credit to Atlanta and Solo: A Star Wars Story Donald Glover and his brother Stephen fortheir role in punching up the film’s humor.

Marvel films are known for their humor. From the very first film in the Marvel Cinematic Universe, 2008’s Iron Man, which breezed by on Robert Downey Jr.’s hyper-verbal wit as Tony Stark, to last year’s Thor: Ragnarok, as much a trippy, wonderful space comedy as it was a superhero film, wit and humor are a part of the Marvel DNA. For Black Panther, a film lifting more existential weight than any Marvel film in history, reckoning with African history (and the history of its colonizers and enslavers) as well as with a central figure in T’Challa who, unlike other superheroes, has to actually govern a nation, Coogler decided to give Glover and his brother a look at the script in an effort to find more spaces for humor. Glover told Entertainment Tonight that he and his brother Stephen were tapped by Coogler late in the process, with only a couple hours to work with:

“[Director] Ryan [Coogler] was gracious enough to be like, ‘Will you take a look at this script? Which was really cool. Marvel locks things down, so we had not as much time as I would’ve wanted. We had a couple of hours to punch up some jokes and stuff like that. It was already there anyway. They had already done a great job, so it was really cool to just get our fingerprints on there a bit.”

Glover’s a proven commodity as a writer, actor, and performer (as Childish Gambino); a triple threat. His TV series Atlanta is routinely hilarious (and an excellent show to boot), and his work on Community, both as a performer and writer, and his writing on 30 Rock prove he was brilliant choice for Coogler to reach out to.

While we’re not sure exactly where the Glover brothers jokes are in the script, there’s lots of speculation that they can be found coming out of the mouth of the film’s funniest, most lovable character, Letitia Wright’s Shuri. As T’Challa’s brilliant, brainy little sister, Shuri is not only responsible for the king’s incredible technology, but she’s also routinely the film’s most buoyant, funny figure. And she easily has the best one-liner in the entire film. If you’ve seen the movie, you know which one we’re talking about—it’s a bold rebuke of Martin Freeman’s Everett K. Ross, and it brought the house down when I saw the film.