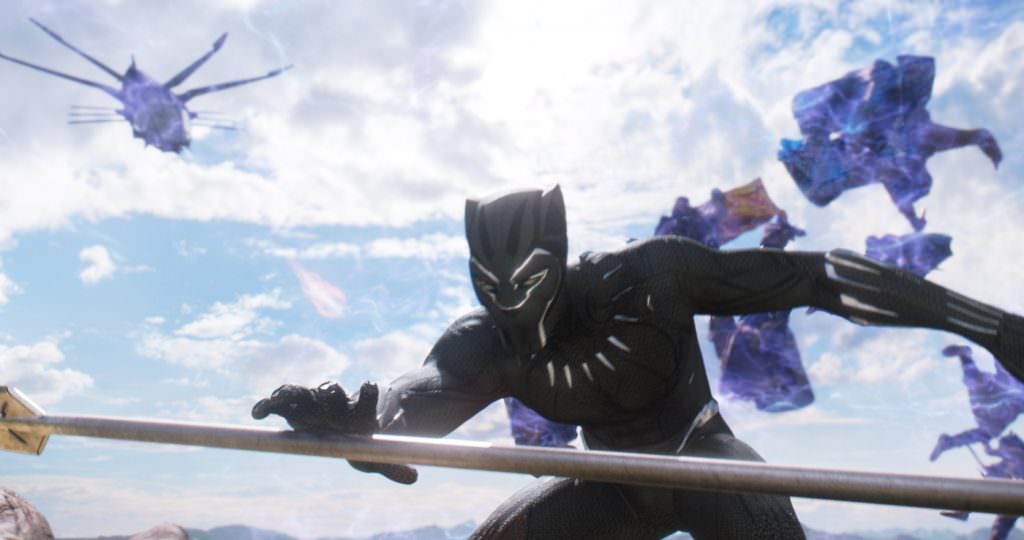 Spoiler alert, folks. We’re talking about Black Panther‘s ending here, so if you haven’t seen the film, now’s the time to click away.

There are many reasons why Black Panther made history this past weekend.The cast, the crew (responsible for helping to create the fictional African nation of Wakanda, including the sensational  costume and production design), the incredible Dora Milaje, and the worldwide excitement and joy for millions of people who finally got to see a major, massive tentpole movie by, about and starring people who looked like them. Co-writer and director Ryan Coogler and his team have created a groundbreaking cinematic and cultural achievement, hard stop. So yes, for these reasons, Black Panther made history.

Drilling down to the nuts and bolts of filmmaking, Black Panther was also a hit because the story worked. For a brilliant deconstruction of just how novel the film was, you can hardly do better than The New Yorker‘s Jelani Cobb, who explains how Coogler and co. created a superhero film in which T’Challa (Chadwick Boseman), his protectors the Dora, and his nemesis, Erik Killmonger (Michael B. Jordan) reckoned not only with the future of the fictional Wakanda, but with the very real African past. In fact, the film’s story functions in part as two ways of looking at how to reckon with African history. On the one hand, you have T’Challa, the new king of the technologically advanced, never conquered Wakanda, who wants to carry on in his father’s footsteps and keep his nation safe by keeping it, and its fantastic technologically (based on their super-alloy, vibranium) reclusive and hidden. Killmonger, a Wakandan who ends up marooned in Oakland and goes on to become a feared mercenary, has seen first-hand what happens to the poorer, less powerful African nations, and he wants to use Wakandan technology to upend the power dynamic the world over. These competing visions are clear and understandable, and one of the many coups of Black Panther is that it gave its fantastic villain real human pain, and gives his mission an emotional, even rational underpinning, based on Africa’s long, fraught history with conquerers, usurpers and colonizers, that adds to the film’s resonance.

At the beginning of the film is we see the genesis of Killmonger’s rage. His father is murdered in Oakland, and little Erik is left in America rather than taken back to the country of his birth. He’s devastated; this is the spark that ignites his lifelong desire to return to Wakanda, take the throne, and use its technology to free kids like him from wanton acts of violence they do not have the power to stop. The rest of the film is a collision course between Killmonger and T’Challa. After their climatic battle, the end of Black Panther finds T’Challa and his little sister Shuri (Letitia Wright) returning to the apartment in Oakland where Killmonger’s father was murdered. They have decided to bring Wakandan technology out into the light, and their presence is noted in particular by a little boy (Moonlight‘s Alex Hibbert), who stares up at T’Challa in astonishment.

It’s the perfect ending. It shows just how compelling Killmonger’s ideas were (his methods, on the other hand, were truly barbaric), and why he was such a good villain; even the hero eventually agreed with his ideas. It also manages to speak to our current reality, in which little boys and girls everywhere are looking up at the big screen in awe at the likes of T’Challa, Shuri, Nakia (Lupita Nyong’o), Okoye (Danai Gurira) and Ayo (Florence Kasumba), seeing in them a vision of power and grace and courage that is usually reserved for characters played by white men. Yet this almost wasn’t the ending.

Coogler told the Empire Film Podcast that they thought long and hard about having the film end on another scene, one we see in the post-credits, when T’Challa, Nakia and Okoye going to the United Nations to begin the process of sharing Wakandan technology:

“It was [almost the ending]. We played with a lot of different ways to end it. We went back and forth about the U.N., and we had a version where it was the U.N. before the scenes in Oakland at the end. But we really kind of settled on how do we want the movie to end? And it came back to that symmetry, and it came back to the most moving version of it. That’s what we were asking ourselves, ‘Who’s more moved emotionally, that kid or the people sitting in the U.N.?’ Who is that a bigger deal to for T’Challa to walk in, who’s more connected to him? As a kid, growing up, when you see somebody who looks like an older version of you doing something awesome, it’s like, ‘What’s going on?’ That’s kind of what that moment…we kind of went with the less distilled emotion, and the U.N. makes sense afterwards for where Wakanda could be going in the future of this universe.”

It should be obvious now, a few days after Black Panther made history, that Coogler made the right call. Again and again and again.