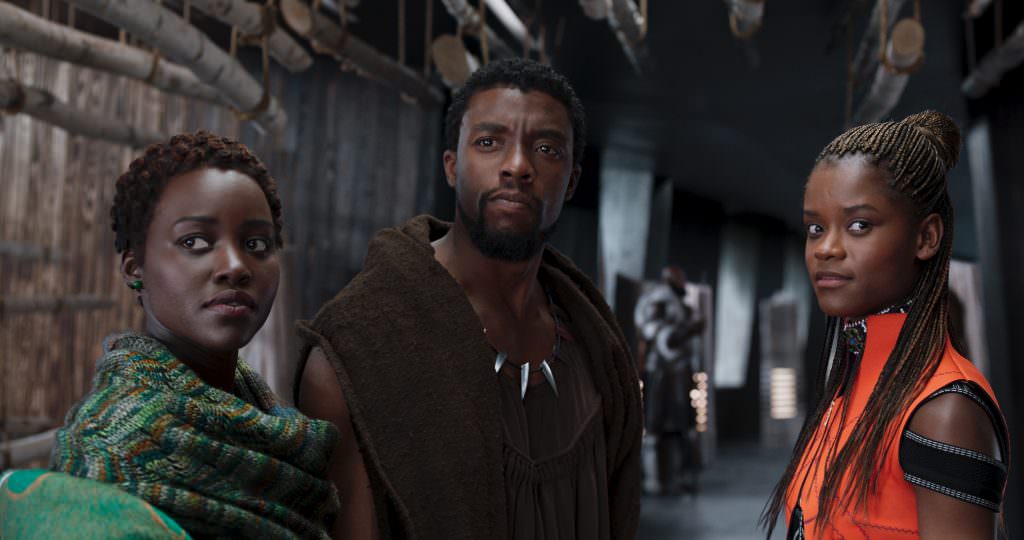 You may have heard that Black Panther is very, very good. Many are calling it a game-changer. The New York Times’ Manohla Dargis has made the film a critics pick, an exceedingly rare honor for a superhero movie. In fact Black Panther is the first that features the titular superhero as the main attraction (Chadwick Boseman’s T’Challa made his debut in Captain America: Civil War), and is being hailed as one of the best films Marvel has ever produced.

Yet Black Panther means so much more than just the great critical response. It’s the first superhero film on this scale directed by an African American and starring a predominately African American cast. Boseman is joined by an insanely gifted roster, including Michael B. Jordan, Lupita Nyong’O, Danai Curira, Forest Whitaker, Angela Bassett, Daniel Kaluuya, Letitia Wright, and Florence Kasumba. This cast list alone, all in a single film, would be something to celebrate. Black Panther means a lot more than just the introduction of a beloved comic book character to Marvel’s ever expanding Cinematic Universe; it’s an opportunity to give young people all across the world a superhero who looks like they do. Even more than that, T’Challa’s super allies and friends are mostly incredibly powerful women—yet another way the film separates itself from so many that have come before it.

It would be hard to overstate just how important this is. Up until very recently, nearly every single superhero, and a great many mortal heroes and protagonists in general, have been white men. Black Panther is, indeed, a game changer, giving us a movie filled with black men and women who embody all the virtues usually reserved for your Supermans and Batmans and their respective colleagues. The fact that Black Panther is also a great film and will likely do brisk business means this should only be the start of a much wider representation of men and women of color, and from all walks of life, at the center of big budget franchises.

If you’re looking for a way to way to calculate just how excited people are for the film, a new hashtag has sprung up on Twitter that puts it all into perspective; #WhatBlackPantherMeansToMe. The hashtag, started by @Maria_Giesela with @BlackGirlNerds, posed a question that has lit up Twitter. Black Panther‘s cultural significance has made it more than just a film—it’s becoming a global event that is generating a level of excitement, and relief, we haven’t seen before. Here’s a brief snapshot of #WhatBlackPantherMeansToMe, which is becoming a glorious tribute to the power of film, especially when talented filmmakers from diverse communities are given the opportunity to share their gifts. Stories matter, and who gets to tell them has an impact that reverberates long after the credits have rolled. For proof, just watch the video of the children getting gifted Black Panther tickets at the bottom of this post.

#TuesdayThoughts
What does the #BlackPanther film mean to you? #WhatBlackPantherMeansToMe pic.twitter.com/mOnBiHqVYB

Responses to #WhatBlackPantherMeansToMe have me tearing up. The importance of this film cannot be understated. #BlackPanther pic.twitter.com/EaNReNzxsN

Seeing dark-skinned Black women as other than the angry, loud sidekick #WhatBlackPantherMeansToMe

Seeing a whole film full of strong, powerful, educated people who look like ME not being discriminated against or mocked. No hurtful stereotypes of blacks. No ghettos or slaves or thugs… just beautiful royal kings and queens of Wakanda. #WhatBlackPantherMeansToMe

#WhatBlackPantherMeansToMe proves that Marvel’s @theblackpanther is more than just another comic book movie. It’s a touchstone and inspiration for so many who feel underrepresented in pop culture. https://t.co/jmTbUpjh8y

They got surprised with tickets to see Black Panther and literally danced for joy. (tbh so would we) #WhatBlackPantherMeansToMe pic.twitter.com/ukpts7jeE2

Synopsis: Marvel Studios’ “Black Panther” follows T’Challa who, after the death of his father, the King of Wakanda, returns home to the isolated, technologically advanced African nation to succeed to the throne and take his rightful place as king. But when a powerful old enemy reappears, T’Challa’s mettle as king—and Black Panther—is tested when he is drawn into a formidable conflict that puts the fate of Wakanda and the entire world at risk. Faced with treachery and danger, the young king must rally his allies and release the full power of Black Panther to defeat his foes and secure the safety of his people and their way of life.