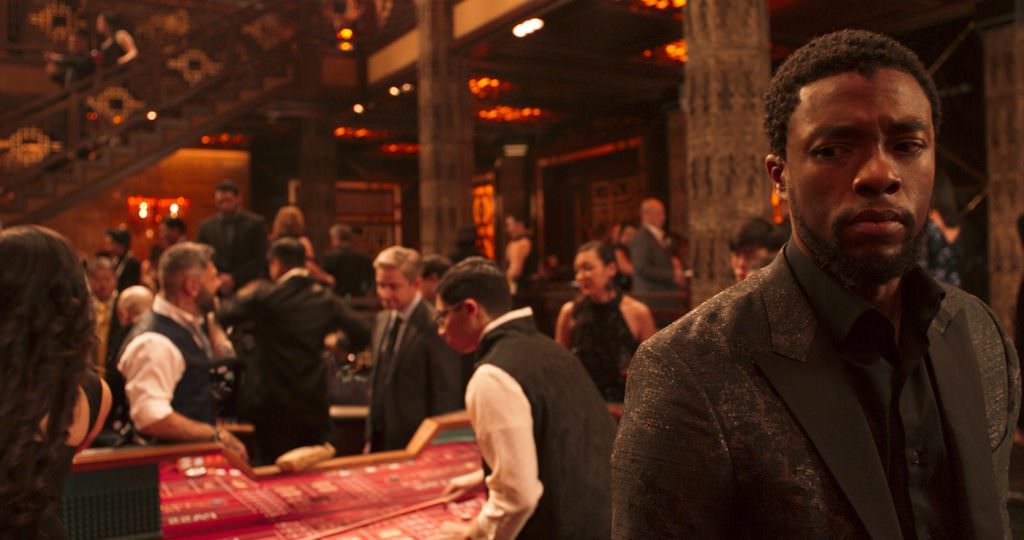 Ryan Coogler’s Black Panther made history this past weekend. In the process of smashing records and obliterating old, moth eaten ideas about the types of films people want to see, it also delivered one of the most satisfying superhero films of the century, with some of the best, most cleanly shot action sequences we’ve seen in years.

What we mean by “cleanly shot” is that the fight sequences (and there are many, and they are glorious) in Black Panther aren’t cluttered affairs with breakneck cuts that leave you unsure of who is fighting whom. Many of the fights are one-on-one (T’Challa and Killmonger, for example), or between smaller groups of combatants in which the action is fluid but wonderfully positioned in space, so you’re always aware of who’s involved and what’s at stake.

In a new video by Vanity Fair, Coogler annotates one of the film’s most breathtaking fight sequences (if you haven’t seen the film yet, obviously stop reading), in which the young auteur details a dizzying number of choices and decisions that were required to pull off this crucial melee.

The fight in question takes place at a casino. T’Challa (Chadwick Boseman) and his two fiercest warriors, the Dora Milaje members Nakia (Lupita Nyong’o) and Okoye (Danai Gurira) are on a covert mission to extract one of Wakanda’s biggest enemies, the war profiteer and all-around creepy goon, Ulysses Klaue (Andy Serkis). In no time, the Wakandans are made and the fight begins, a thrilling, brutal dance in which T’Challa, Nakia and Okoye show why it’s never a good idea to mess with a Wakandan (the massive muscle who makes the mistake of touching Okoye without her permission learns very quickly why the Dora Milaje are the fiercest fighters in the world). There are so many incredible grace notes here, like Okoye shedding her wig and throwing it in the face of the man who presumes he can take her. Coogler walks you through each of these moments, explaining the thought behind the choices you can see, and the ones you likely missed.

These include the wardrobe choices (T’Challa, Nakia and Okoye wear black, green and red respectively, the color of the Pan-African flag), the use of wigs to cover the Dora’s cleanly shaved bald heads, and how even T’Challa, Nakia and Okoye’s specific fighting styles tell us more about who each of these characters are. It’s a fascinating tutorial on the immense amount of thought that goes into even the most minute details, and a great example of a filmmaker on the top of his game leading top-notch performers through a beautiful, brutal dance.