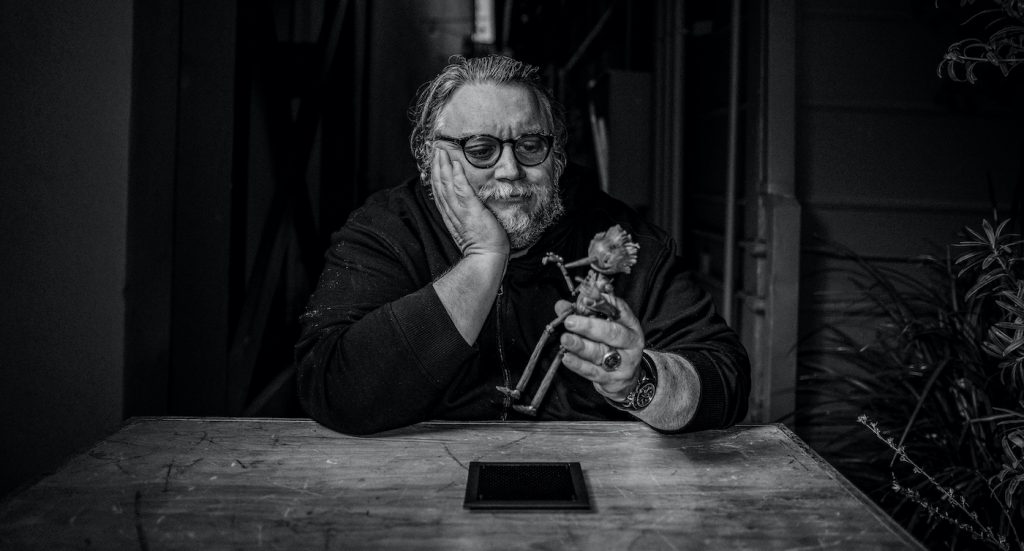 This is going to be a banner year for all of us Guillermo del Toro fans. And we are legion.

The visionary filmmaker has two big releases coming up, both for Netflix. The first is his long-gestating passion project, Pinocchio, which he’s got coming out on September 8. Del Toro has been aiming to make that movie for as long as he’s been a filmmaker. Then, his mysterious anthology series Cabinet of Curiosities is due in October, and Netflix has just dropped a brand new teaser to give us our first look.

This new video reveals a look at Del Toro’s horror series, which the director himself promises will explode our notions of what the horror genre can contain. Del Toro serves as showrunner and head visionary, but he’s tapped a slew of talented writers and directors to help steer Cabinet of Curiositie‘s eight episodes. Those directors include Jennifer Kent (The Nightengale, The Babadook), David Prior (The Empty Man), Guillermo Navarro (the cinematographer on Del Toro’s Pan’s Labyrinth, Cronos, Director of Photography), Panos Cosmatos (Mandy), and Catherine Hardwick (Twilight, Thirteen).

Like so many of Del Toro’s creative endeavors, Cabinet of Curiosities abounds with sometimes playful, often terrifying, always beautifully created practical effects, creatures, props, and more. His preference has long been for what his performers can see and touch (and wear), yet he also intuitively knows what he can amplify, when need to be, with a touch of VFX. In short, he’s one of our greatest visual storytellers, and his fingerprints are all over Cabinet of Curiosities.

“With Cabinet of Curiosities, what I’m trying to say is, ‘Look: The world is beautiful and horrible at exactly the same time,’” Del Toro says in the video, perfectly summing up his creative vision.

Acclaimed Academy Award-winning filmmaker Guillermo del Toro curates this collection of sinister stories, each more horrifying than the next.