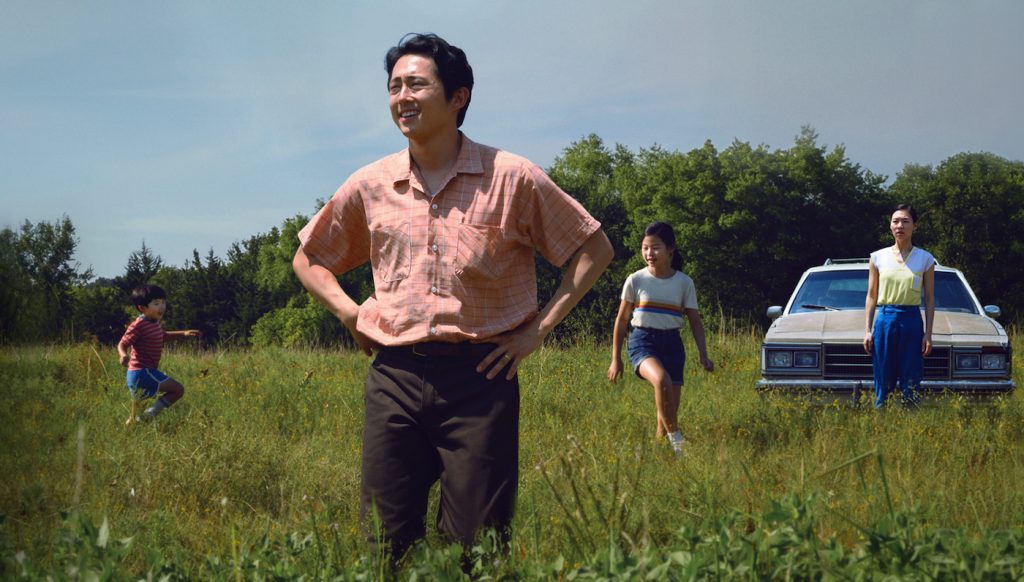 Steven Yeun is re-teaming with Parasite director Bong Joon Ho on one of the most intriguing films currently in development.

Deadline reports that Yeun, who had a crucial role in Bong Joon Ho’s excellent 2017 film Okja, has joined the cast of Bong’s untitled sci-fi project for Warner Bros., which already includes Robert Pattinson, Naomi Ackie, Toni Collette, and Mark Ruffalo. The film is based on the novel “Mickey7” by writer Edward Ashton, published this past February, about the titular protagonist who works as a “disposable employee” on a dangerous mission. Being a disposable employee is, as it sounds, a tough job. Mickey7 works on a human expedition setting out to colonize the frozen planet of Niflheim, and his role is to step in on any mission that’s deemed too dangerous, or borderline suicidal, and sacrifice his body for the cause. The reason is that Mickey7 can regenerate a new body, with “most of his memories intact,” but after six deaths, the deal is that a replacement clone will take over. Only in “Mickey7,” our hero refuses to let Mickey8 take over.

Yeun is coming off his Oscar-nominated performance in Minari, and will be seen next in Jordan Peele’s highly-anticipated Nope, starring alongside Daniel Kaluuya and Keke Palmer. He’s also got another Netflix film coming, the dramedy Beef co-starring Ali Wong.

This is the first feature for Bong since his 2019 masterpiece Parasite became a global phenomenon and dominated the 92nd Academy Awards, becoming the first non-English-language film to win Best Picture. Getting cast in his follow-up film would be high on any actor’s list, so it’s no surprise the ensemble shaping up for this untitled project is so stellar.

For more on Warner Bros. movies, check out these stories: