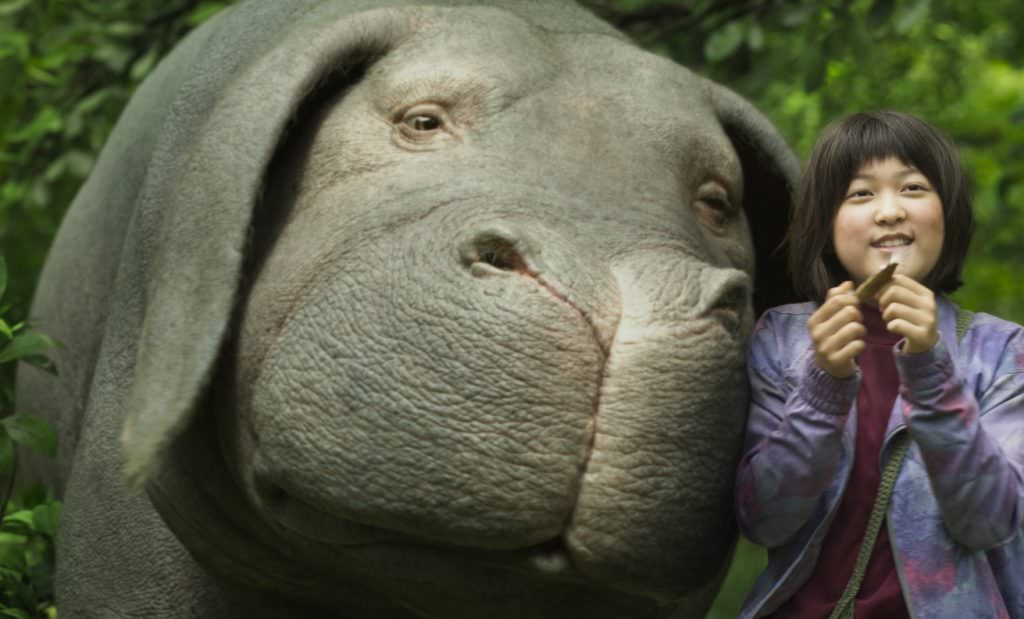 The Dutch-born digital artist, winner of a 2013 Oscar for supervising the photorealistic creatures in Life of Pi, caught his first glimpse of Okja when he met director Joon-Ho in Los Angeles three years ago. "Boon showed me a sketch of Okja with this little girl next to him," De Boer recalls. "It was enough to give me the impression that this would be a very gentle relationship between the two of them but I had no idea what the rest of the movie was going to be about."

Boon soon fleshed out the story: a little girl Meji (An Seo Hyun) lives in the South Korean countryside with her beloved genetically-modified pet Okja. When a ruthless corporate CEO (Swinton) reclaims Okja as a PR stunt, Meji joins animal liberation activist (Paul Dano) and his crew in an attempt to rescue her massive best friend from the slaughterhouse. Tasked with crafting a credible creature from virtual scratch, DeBoer and his Vancouver-based team of 140 digital artists set to work modeling an eight-foot tall, 13-foot long animal that looks on screen like it weighs six tons. De Boer says, "Nobody's going to believe a CGI creature if the gravity and collisions with the ground aren't properly taken care of, so that's always our first worry. You have to take care of the gravity, otherwise the animal's just floating like a balloon running along Meja. Nobody's going to believe it." 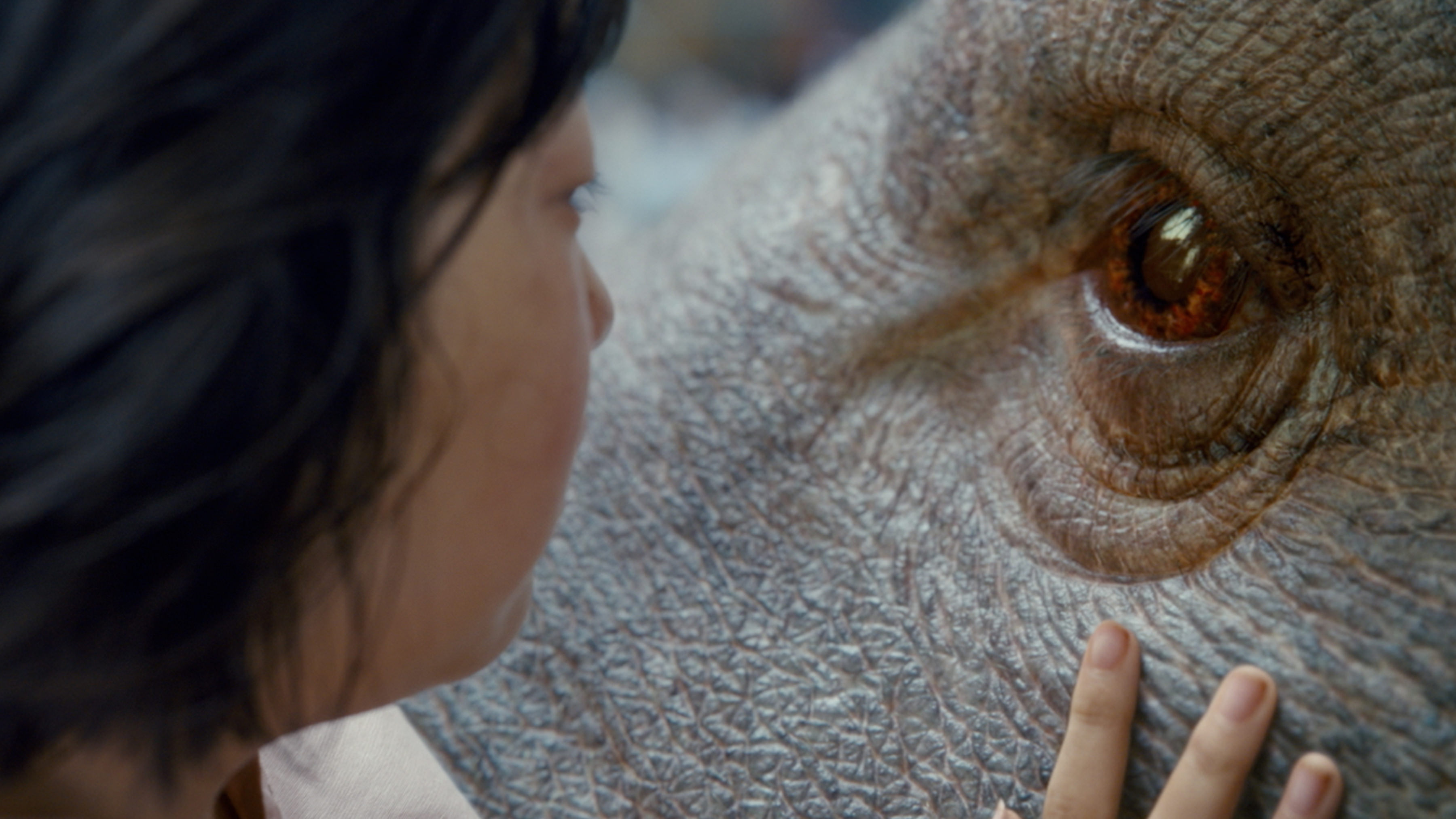 DeBoer took a hybrid approach in designing Okja, cherry-picking attributes from different species. "Our team actually went to the zoo and stroked a real hippo becaue they needed to understand how much tension there is on the skin of an animal that size," he says. "It was important for the designers to understand that the visual cues you get when you slide your fingers across the skin are actually very limited. It doesn't rubber around like crazy or indent very much when you make contact."

For a sequence that involved 16,000 digital beasts penned in as they await butchering, South Korean director Boon provided reference photographs of hippos from Zambia. "The image had this beautiful graphic quality where these wet hippos had caked mud on their legs, which partially inspired the look." DeBoer also took inspiration from elephants. He explains, "A pig has a lot of hair and can be quite furry, which would have turned Okja into a bit of a wooly mammoth. The hippo is waxier and smoother, but that wasn't right either, so we made Okja's skin closer to an elephant than anything else in terms of the pores and the roughness."

To convey the emotional connection between Okja and the little girl, De Boer referenced the facial expressions of dogs, especially beagles and Labrador retrievers. He also met with people who have pigs as pets. "They share a special bond, which gave us insight into how pigs show affection," he explains. "How does the ear perk up when a pig hears its master’s voice? How does a pig roll its eye and how does that affect the skin around the eye? We studied all of those things and incorporated it into Okja's facial performance."

"Sometimes we had animation director Stephen Clee from Method Studios holding Okja's foam rubber head next to Mija as she caressed it," De Boer explains. "In other cases, we'd have two guys inside Okja's butt and one in her chest, running around connected by a 'spinal cord.' We had a whole range of shot-specific solutions. For example, when you see Meja grabbing Okja's ears, the live action photography completely dictated where the final CGI Okja ends up. In that sense, tracking Okja's movements became like a big puzzle that we had to solve."