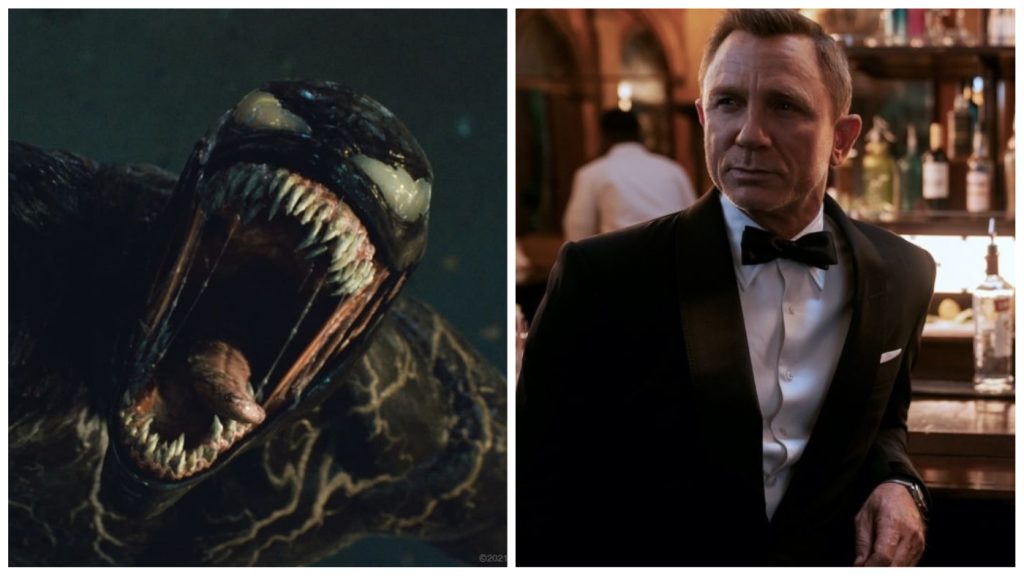 Thanks to an alien symbiote and his human host and one of cinema’s most enduring franchises, October has become the high-grossing month of the year for the first time in modern history. Venom: Let There Be Carnage and Daniel Craig’s final turn as James Bond in No Time To Die helped super-boost the month in the opening weeks, while Halloween Kills and Dune came in huge in the middle and towards the end of the month. All told through October 31, the month generated a whopping $637 million in the United States and Canada, according to Comscore. This pushed October past the previous winner July, which had a $583 million haul.

October’s smashing success makes sense on a lot of levels. Four big movies dropping while the Delta variant of COVID-19 was waning in power helped turn our most theatrical month, where kids and adults alike get to play make-believe, into a hit at the theaters. The second half of 2021 has been a large improvement over the first for the film industry, with big-budget movies finally getting theatrical runs as the movie theater industry starts to bounce back. A strong October has raised hope that the trend will continue into the holiday season, with some big movies still on the docket. Those include Sony’s Ghostbusters: Afterlife and Spider-Man: No Way Home, Marvel Studios’ Eternals, and 20th Century Studios’ West Side Story.

Meanwhile, No Time To Die is about to make history and overtake Avengers: Endgame in the U.K., making it the 5th highest-grossing film of all time there.

Things are looking up across the cinematic landsacpe. Here’s to hoping these trends continue into 2022.

For more on Venom: Let There Be Carnage, check out these stories: