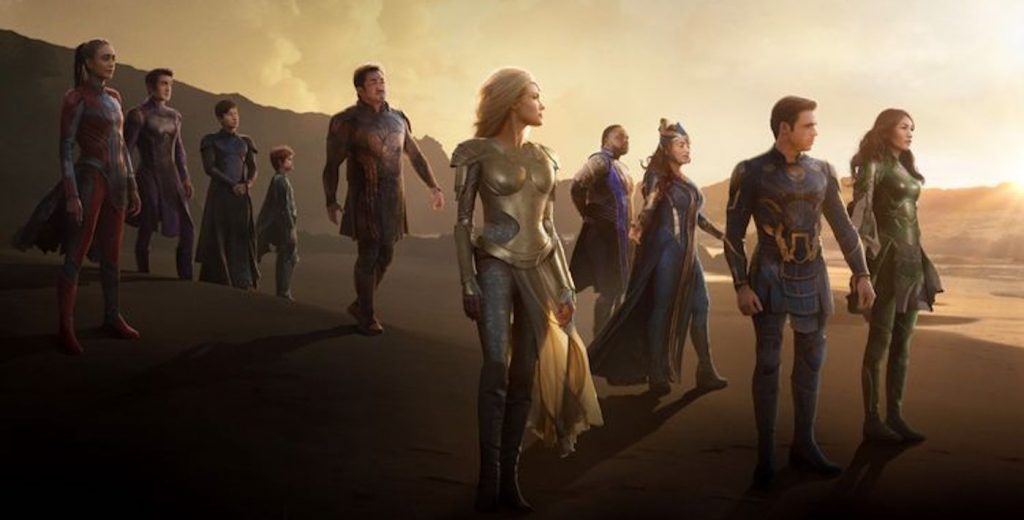 We’re including the final trailer for Chloé Zhao’s “Eternals” in our “Best of Summer” recap because, well, it’s Chloé Zhao and it’s her first Marvel film.

And now we finally have our first really good look at Chloé Zhao‘s Eternals. Marvel Studios has just released the final trailer for Zhao’s first MCU film, and it’s unsurprising that it looks ravishing—Zhao has made her name, in part, by creating films that are rich in visual splendor as they are in character depth and nuance. But the final trailer offers more than just a good look, it tells us more about the storyline.

The film is based on a comic series by the legendary Jack Kirby, centering on the titular Eternals, a group of nearly immortal beings who have been tracking the trials and tribulations of us wee Earthlings. These powerful beings have never—until now—really interfered in human affairs. The Thanos snap, in Avengers: Infinity War, eradicating half of life in the universe, certainly got their attention. Then, the sudden repatriation of all of those lost souls in Avengers: Endgame created “the necessary energy for the emergence to begin,” Salma Hayek’s Ajak explains. “How long do we have?” Richard Madden’s Ikaris asks. Her response? Seven days.

Finding out what that emergence is, and why it’s going to force the Eternals into action, is what Eternals is all about. This band of superpowered beings arrived on Earth 7,000 years ago to protect humans from the Deviants. The emergence triggered by the snap-and-repatriation of all those lifeforms is the arrival of those Deviants. This is the reason the Eternals must spring into action now, and it was the lack of Deviant involvement that kept them, on orders from upon high, from helping humanity in the fight against Thanos or any of the other awful wars and catastrophes that have befallen this little blue planet.

Check out the trailer below. Eternals hits theaters on November 5.