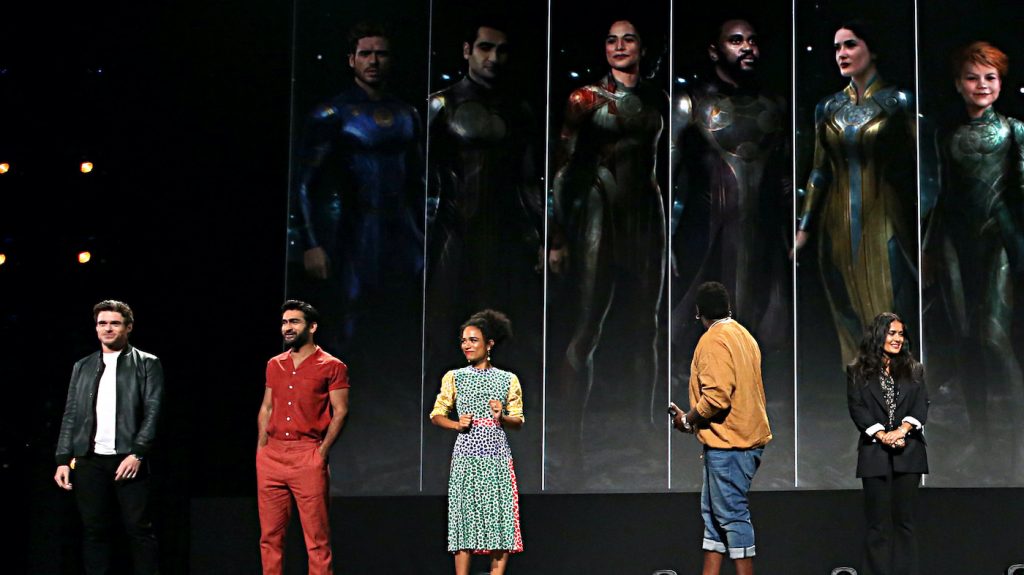 And here it is, our first real look at Oscar-winning director Chloé Zhao‘s Eternals. Clocking in at two minutes long, this glimpse at Zhao’s star-studded Marvel movie is, unsurprisingly, gobsmackingly gorgeous. Zhao’s images all seem to shot around magic hour, with creamy-hued skies, lush fields, and sweeping vistas of the ocean. What you’ll also notice here is how gentle this teaser is. Sure, there’s going to be action in Eternals—this is a Marvel movie, after all—but this really does look like a Chloé Zhao movie, and that’s terrifically exciting.

The cast is insane—Angelina Jolie, Richard Madden, Gemma Chan, Kumail Nanjiani, Brian Tyree Henry, Salma Hayek, Barry Keoghan, Kit Harrington, Lauren Ridloff, Don Lee, and Lia McHugh star. The teaser hints at the impact the Eternals, a race of immortal beings, have had on human history. There’s so much to unpack here, from the moment of contact (we think) between the Eternals and their massive triangular ship and human beings, to what the Eternals have been doing throughout history, while the Avengers and their assorted friends and enemies have been fighting on and over Earth.

Towards the end of the teaser, the Avengers name is dropped. During a dinner scene, the question of who will lead the Avengers now that Steve Rogers and Tony Stark are gone. Richard Madden’s Ikrais suggests he can lead them—everyone else breaks out in laughter. Eternals will have to crossover into the larger MCU at some point, and one of the mysteries is just how, and when, that’s going to happen.

Check out the first teaser for Eternals below. The film is due in theaters on November 5.

“Marvel Studios’ “Eternals” welcomes an exciting new team of Super-Heroes to the Marvel Cinematic Universe. The epic story, spanning thousands of years, features a group of immortal heroes forced out of the shadows to reunite against mankind’s oldest enemy, The Deviants.