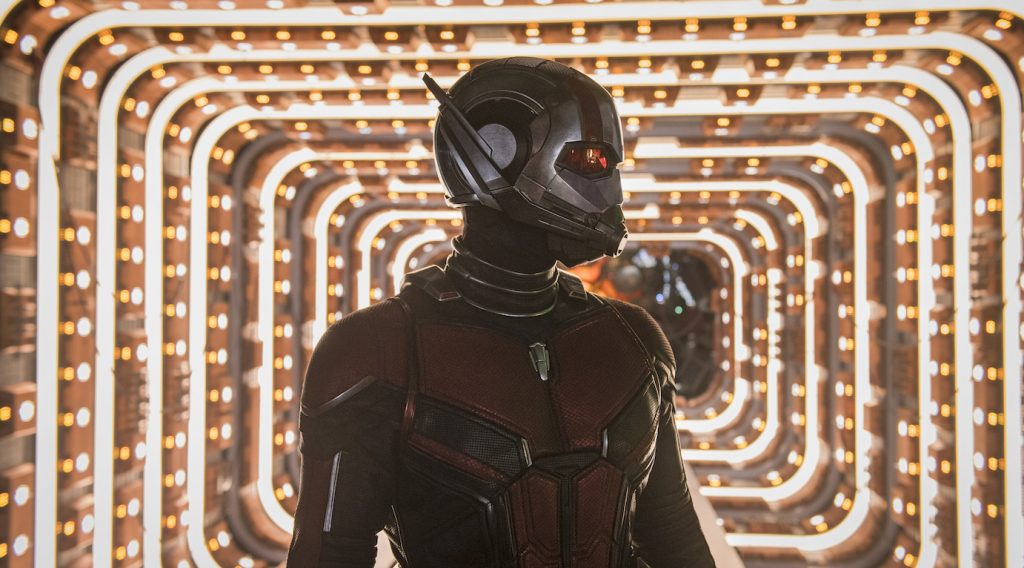 Just how revolutionary is the technology created for Disney+’s The Mandalorian? It’s being used by major franchises far outside the Star Wars galaxy, from Matt Reeves’s upcoming The Batman for Warner Bros., to Peyton Reed’s Ant-Man and the Wasp: Quantumania for Marvel. The latter became known today, when Reed took to Twitter to share the first photo from the Ant-Man set—which revealed that the production is utilizing technology to help create some of the film’s big effects and locations, most likely the Quantum Realm.

Reed’s third film in his Ant-Man trilogy will begin shooting this month at England’s Pinewood Studios, with cast and crew moving from there to Marvel Studios’ HQ in Atlanta to finish out the production. Reed is no stranger to the technology he’s touting in the below tweet—he directed The Mandalorian‘s season 2 finale, you know, the one that included you-know-who. The massive, immersive soundstage that allows for fully-realized digital environments will help make the leap into the Quantum Realm all the more compelling—and believable—in the upcoming film. Just look at what it did for The Mandalorian:

Ant-Man and the Wasp: Quantumania will see the return of Paul Rudd, Evangeline Lilly, Michael Douglas, and Michelle Pfeiffer. Newcomers include Kathryn Newton as Cassie, Scott Lang’s daughter, and rising star Jonathan Majors, fresh off great performances in Da 5 Bloods and Lovecraft Country, as the film’s villain, likely Kang the Conquerer. The film is due in theaters on February 17, 2023.