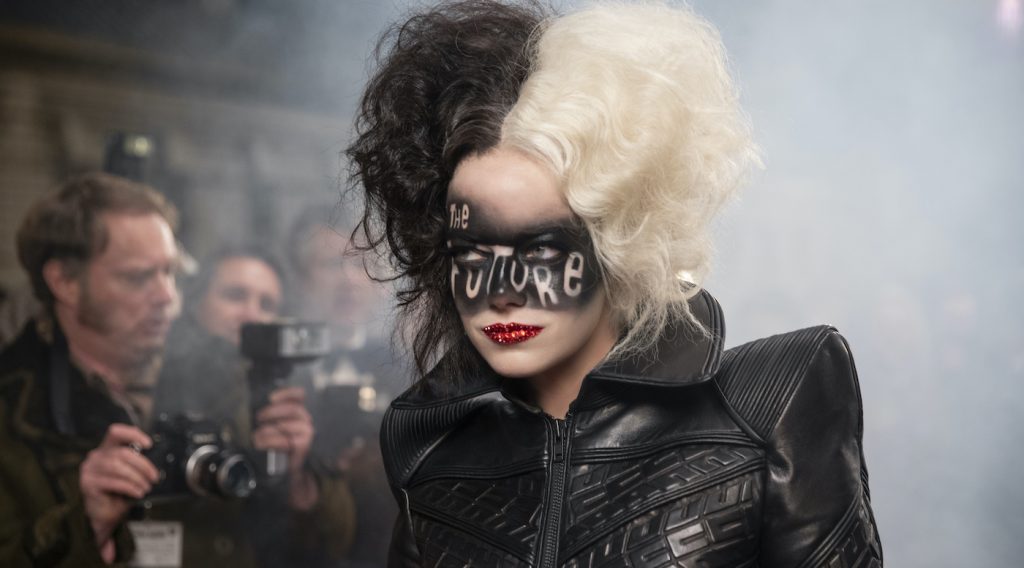 Director Craig Gillespie’s live-action look at Cruella de Vil’s origins in Cruella has an appropriately rocking soundtrack. For the future villain of 101 Dalmations, she of the famous black-and-white coif and gleeful sadism, the music needs to own the airwaves as easily as Cruella (Emma Stone) will own the screen. Thus this new featurette on the film’s music reveals the likes of Nina Simone, Queen, Blondie, The Clash, and more.

Gillespie says his film has around four dozen songs. Granted, not all of them will end up on the official soundtrack, but the 15 tracks that did make the count are worthy specimens. They include hits from not only the aforementioned Nina Simone (“Feeling Good”), Queen (“Stone Cold Crazy”), Blondie (“One Way or Another”), but hits from Florence + The Machine, The Doors, Supertramp, Ike and Tina Turner, and the Bee Gees.

On top of these tunes, Cruella also features a score from one of the hottest composers working today, Nicholas Britell.

Cruella hits theaters and Disney+ Premiere Access on May 28. Check out the music featurette below.

Heres’ the official synopsis from Disney:

Academy Award® winner Emma Stone (“La La Land”) stars in Disney’s “Cruella,” an all-new live-action feature film about the rebellious early days of one of cinemas most notorious – and notoriously fashionable – villains, the legendary Cruella de Vil. “Cruella,” which is set in 1970s London amidst the punk rock revolution, follows a young grifter named Estella, a clever and creative girl determined to make a name for herself with her designs. She befriends a pair of young thieves who appreciate her appetite for mischief, and together they are able to build a life for themselves on the London streets. One day, Estella’s flair for fashion catches the eye of the Baroness von Hellman, a fashion legend who is devastatingly chic and terrifyingly haute, played by two-time Oscar® winner Emma Thompson (“Howards End,” “Sense & Sensibility”). But their relationship sets in motion a course of events and revelations that will cause Estella to embrace her wicked side and become the raucous, fashionable and revenge-bent Cruella.

Here’s the full tracklisting on the soundtrack: