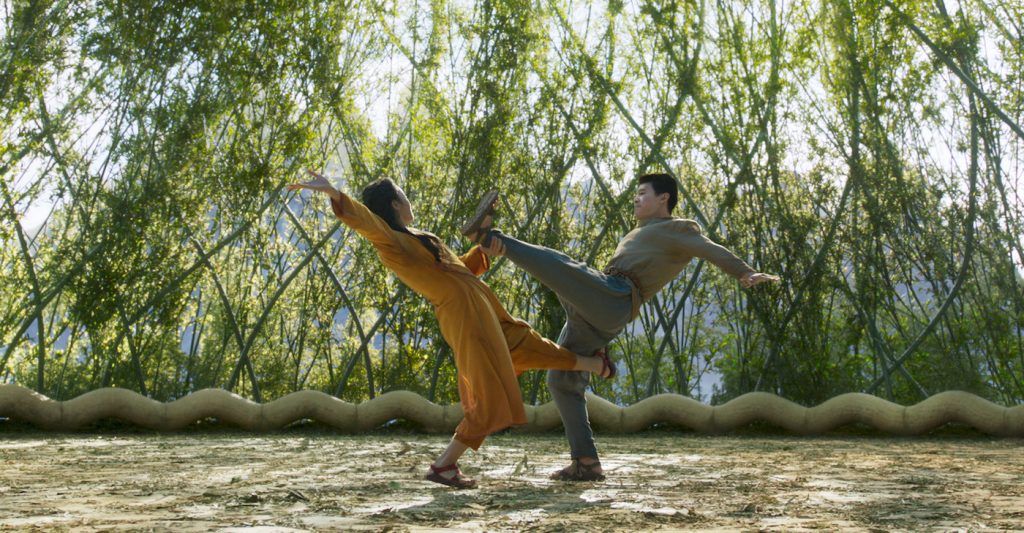 Want to get people hyped for your movie? Releasing an epic track from DJ Snake, Rick Ross, and Rich Brain should do it. This is what Marvel Studios has done with “Run It,” a new track from the Shang-Chi and the Legend of the Ten Rings soundtrack from the aforementioned trio. The last time an MCU film had a soundtrack this boss was back in 2018 when Ryan Coogler sprung Black Panther on the world.

Director Destin Daniel Cretton’s Shang-Chi and the Legend of the Ten Rings is one of Marvel’s most intriguing Phase 4 films, expanding the universe with brand new characters—most crucially introducing the MCU’s first Asian superhero—while also connecting some of the dots laid down since the very first film in the franchise, 2008’s Iron Man.

The film is centered on an epic family feud in which our hero, Shang-Chi (Simu Liu), is pitted against his overbearing, super-powerful father Wenwu (Tony Leung), the leader of the criminal syndicate called the Ten Rings. This is where our main connection to Iron Man is made—the Ten Rings is the same organization that kidnapped Tony Stark and demanded he make them weapons in the MCU’s first film, thus setting off a chain of events that will lead to, well, just about everything.

Wenwu isn’t merely a tough dad and criminal—he’s also one of Marvel’s most iconic villains, the real Mandarin. All you MCU fans know why we have to use the qualifier“real,” but for the Marvel-agnostic, here’s the reason—in Iron Man 3, Ben Kingsley was billed as the film’s villain, the Mandarin, but it was a fakeout. He was a drunk actor impersonating the Mandarin at the behest of the film’s real villain, Guy Pearce’s Aldrich Killian. Shang-Chi, his friend Katy (Awkwafina), and his estranged sister Xialing (Meng’er Zhang) will be teaming up to try and take down the Ten Rings and the real Mandarin, a task that will have implications for the MCU going forward.

Shang-Chi and the Legend of the Ten Rings hits theaters on September 3. Check out the song here: