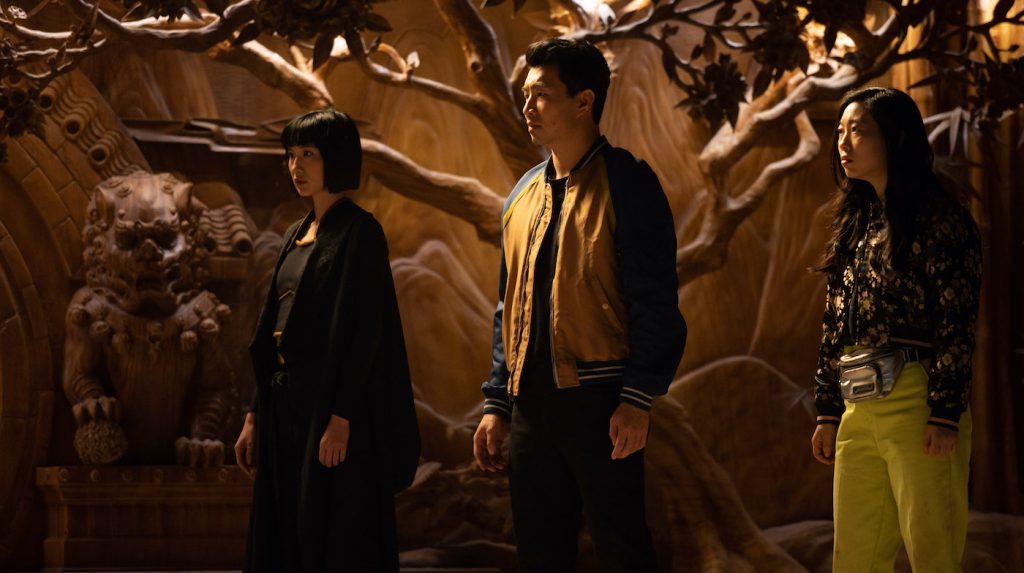 Marvel Studios has released a brand new Shang-Chi and the Legend of the Ten Rings video, only it’s nothing like what we’ve seen thus far. Instead of getting a teaser or trailer showing us the action in director Destin Daniel Cretton’s film, the new video, titled “Most Likely To,” gives us a taste of the chemistry between three of the movie’s stars. On hand are Simu Liu, the titular Shang-Chi, and his co-stars Awkwafina (she plays Katy, Shang-Chi’s oldest friend) and Meng’er Zhang (she plays Xialing, Shang-Chi’s estranged sister). The three offer their takes on who among their characters is “Most Likely To,” say, start a fight (it’s Xialing, fyi.)

Shang-Chi and the Legend of the Ten Rings is one of the MCU’s most crucial Phase 4 films, expanding the universe with brand new characters—most importantly introducing the MCU’s first Asian superhero—while also connecting some of the dots laid down since the very first film in the franchise, 2008’s Iron Man.

The film is centered on an epic family feud. Shang-Chi is rebelling against his father, Wenwu (Tony Leung), the leader of the criminal syndicate called the Ten Rings. This is the same organization that kidnapped Tony Stark in the first Iron Man. Wenwu also happens to be one of Marvel’s most intriguing villains, the real Mandarin. The qualifier “real” is necessary because of the shenanigans in Iron Man 3, in which Ben Kingsley was impersonating the Mandarin at the behest of the film’s real villain, Guy Pearce’s Aldrich Killian. Shang-Chi, Katy, and Xialing will be teaming up to try and take down the Ten Rings, a task that will have implications for the MCU going forward.

Shang-Chi and the Legend of the Ten Rings hits theaters on September 3. Check out the teaser here:

New “What If…?” Featurette Teases The Watcher’s Unparalleled Visibility Into The MCU