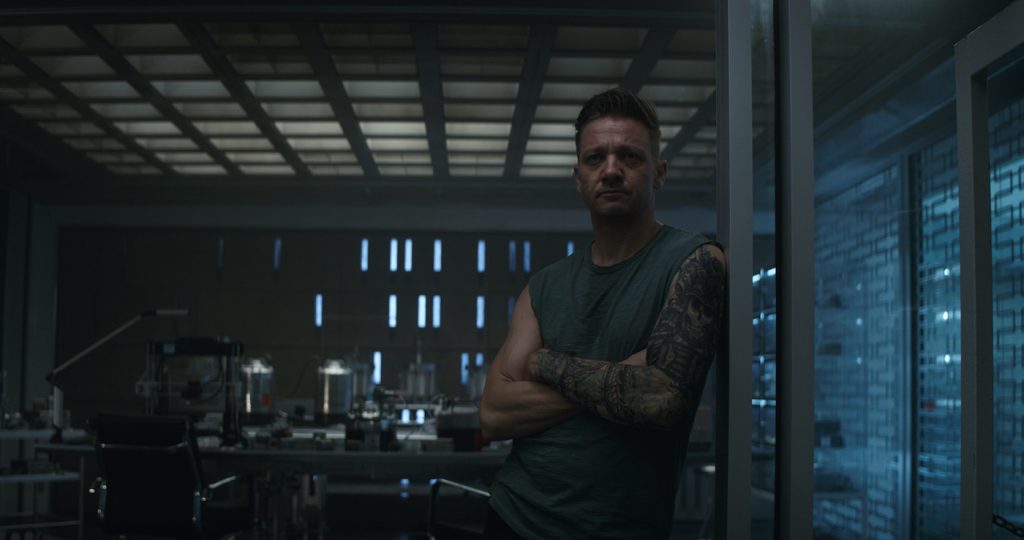 Fresh off the MCU-shaping revelations from Loki, Marvel is already teasing their next Disney+ series by revealing the first look at Hawkeye. The image, courtesy of an Entertainment Weekly exclusive (via tweet) shows series star Hailee Steinfeld as Kate Bishop standing next to Hawkeye himself, Jeremy Renner’s Clint Barton. Along with the image, Marvel has also revealed Hawkeye’s release date—November 24.

Steinfeld is wearing purple, the color that’s synonymous with Kate Bishop’s character in the comics. She stands next to Renner’s Barton in front of a bullseye, and one can only speculate that the image teases the iconic handoff between characters, as Barton mentors his young protege to one day—and this photo might indicate that day is coming very soon—take over for him.

Marvel Studios, as promised, has been making the most of their Disney+ series by introducing new characters and expanding the MCU. The latest example was the introduction of Jonathan Majors as Kang the Conquerer in the Loki finale—Majors will next be seen in the upcoming Ant-Man and the Wasp: Quantumania as the film’s main villain. Steinfeld’s Kate Bishop will factor into the MCU’s future, of course, as will three more stars who are making their Marvel debut—Tatiana Maslany as Jennifer Walters in She-Hulk, Iman Vellani as Ms. Marvel, and Oscar Isaac in Moon Knight.

Joining Steinfeld and Renner in Hawkeye are Vera Farmiga, Fra Free, Alaqua Cox, and Florence Pugh, who reprises her role as Yelena Belova from Black Widow.