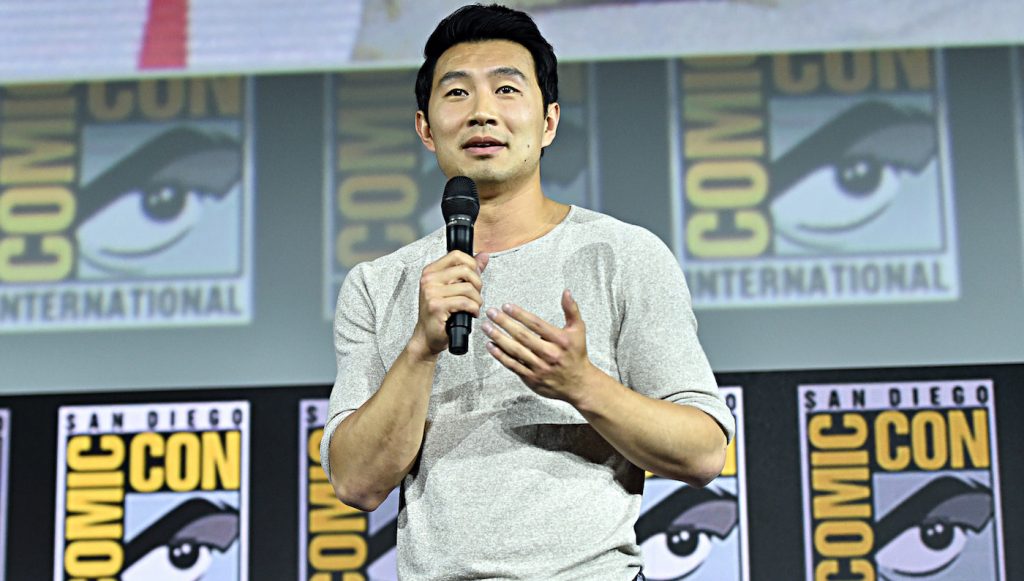 Marvel‘s upcoming Shang-Chi and the Legend of the Ten Rings, directed by Destin Daniel Cretton, will introduce the MCU’s first Asian-American superhero. Shang-Chi will be played by Simu Liu, and while Liu will be introducing a brand new superhero to the MCU (although, of course, one well-known to comics fans), he’ll be facing off against a villain that’s been lurking in the shadows of the MCU since 2008’s Iron Man—the Mandarin—to be played by Tony Leung.

Most MCU fans mainly know the Mandarin from the fakeout in Shane Black’s Iron Man 3, when Ben Kingsley played an alcoholic actor portraying the villain, while the actual Mandarin remained shrouded in secrecy. When the “real” Mandarin was revealed at the end of the film, in the form of Guy Pearce’s Aldrich Killian, even that was likely a rouse. The Mandarin remained at large, a mystery villain whose tentacles reached throughout the MCU.

The Mandarin has long been one of Iron Man’s biggest foes. Richard Newby of  The Hollywood Reporter writes, in a terrific piece about the Mandarin’s many faces within the MCU, that he was the main villain in early drafts of Jon Favreau’s 2008 Iron Man. Ultimately he was replaced by Jeff Bridges’ Obadia Stane/Iron Monger as the film’s big bad, yet the Ten Rings, forever linked to the Mandarin in both the comics and now the MCU, were a crucial part of that film.

In the comics, The Ten Rings refers to a set of literal rings with immense power and made from alien technology which the Mandarin uses in his quest for power. These rings can generate vortex beams, ice blasts, and “matter rearrangement,” to name a few of their powers. Yeah, they sound Infinity Stone-ish for sure. Yet in the early days of the MCU, Marvel decided to keep the villains and the storylines a bit less cosmic and mystical. So in Iron Man, the Ten Rings weren’t cosmic weapons, but a terrorist organization. They were the ones who kidnapped Tony Stark and forced him to build them a new weapon before they planned on executing them. What he built instead was, of course, the first Iron Man suit. The rest is Marvel Phase 1-3 history.

Yet as Newby writes, the Ten Rings kept popping up in the MCU, as did various iterations of the Mandarin. The organization and the villain have been appearing in various guises and forms, always on the hunt for new technology. The Mandarin himself has remained elusive, deploying what seems like a massive network of thugs, spies, and doppelgangers working at his behest.

The Ten Rings carried on throughout the Iron Man franchise. Mickey Rourke’s Ivan Vanko/Whiplash in Iron Man 2 was a member. Then there was the aforementioned Kingsley, who posed as the Mandarin in Iron Man 3 to throw Iron Man off the scent of Pearce’s Aldrich Killian. But Killian, too, was likely just a poseur, and the real Mandarin remained in the shadows.

The Ten Rings popped up one more time, in the first Ant-Man, interested in buying the Yellowjacket suit and its attendant technologies. As Newby ably points out, in each instance that the Ten Rings appears in any MCU film, they’re seeking out cutting-edge technologies. Perhaps they’re trying to forge the Ten Rings from the comics out of some combination of human or alien technology. Perhaps they’re just hoping to give the Mandarin the technological firepower of Tony Stark. The possibilities are fairly infinite.

In the comics, the Mandarin is a descendent of Genghis Khan and, like any supervillain worth his or her salt, is keen on world domination. Newby’s article points out that Marvel’s Phase 4 slate leans much more heavily into the realm of the mystical and fantastic than their first three phases, in which really only Doctor Strange relied heavily on the mysticism and magic in many of the Marvel comics storylines. Phase 4, on the other hand, includes Eternals, Doctor Strange: In the Multiverse of Madness, and Shang-Chi and the Legend of Ten Rings—all of which seem to be heading straight for those weirder precincts.

Newby ends on a fascinating possibility that should excite any Marvel fan: “It’s quite possible that the Mandarin and his Ten Rings will attempt to use science and magic together to rule the world, a plan centuries in the making. Of course, that particular union of two schools of study is one employed in the comics by the one and only Dr. Doom. Could it be that Dr. Doom will be introduced as a former student of the Mandarin, and Shang-Chi will provide our first hint at the infamous metal-faced monarch?”

Comic fans and Fantastic Four fans especially have long-awaited Marvel to do a proper job on Dr. Doom. Perhaps Newby’s right, and he’ll be a big part of Phase 4.