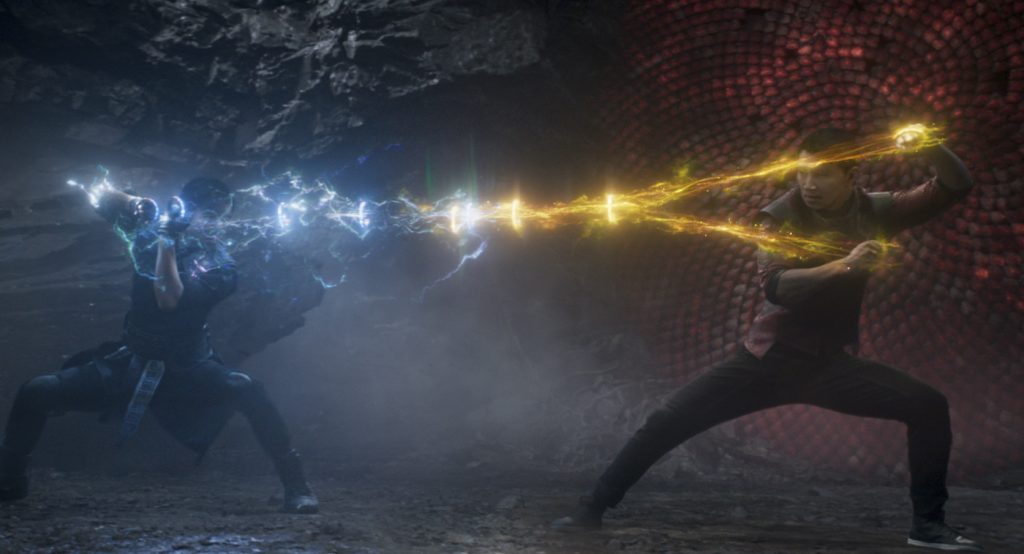 “We’re going back to the very beginning of the MCU,” Kevin Feige says in a new Shang-Chi and the Ten Rings featurette. The Marvel Studios president confirms that the MCU’s first Asian superhero’s story will connect directly to the film that started it all, Jon Favreau’s 2008 Iron Man. “We have a keystone event, and that event is Tony Stark becoming Iron Man. He’s forced to build these weapons for an organization, and that organization was the Ten Rings.”

The Ten Rings organization obviously features prominently in Shang-Chi—it’s right there in the title. The criminal syndicate run by Wenwu (Tony Leung), who happens to not only be the real Mandarin, but he’s also the father of Shang-Chi (Simu Liu). Wenwu wants his son to take over the family business, but Shang-Chi wants no part of it. This is the central tension at the heart of Shang-Chi and the Ten Rings, and now we know that the Ten Rings organization we’ll be seeing in the film is the very same one that pressed Tony Stark into service and set into motion the entire Marvel Cinematic Universe.

The reason we have to use that qualifier “real” for Shang-Chi‘s Mandarin is because of the fakeout that was Iron Man 3. In that film, the majority of the runtime was devoted to Tony Stark battling Ben Kingsley’s supposed Mandarin, only to find out (belated spoiler alert!) at the end that Kingsley’s character was just a drunken actor portraying the iconic villain at the behest of the film’s actual bad guy, Guy Pearce’s Aldrich Killian. Some Marvel fans were a little nonplussed by this twist—so much so that Marvel even created the short film All Hail the King which revealed Kingsley’s hapless actor being kidnapped by “the real Mandarin.”

Well, Shang-Chi and the Ten Rings won’t be messing about in the same fashion—Tony Leung’s playing the actual formidable villain, at the head of the powerful organization that kidnapped Tony Stark all those years ago.

Shang-Chi and the Legend of the Ten Rings hits theaters on September 3. Check out the new featurette below: