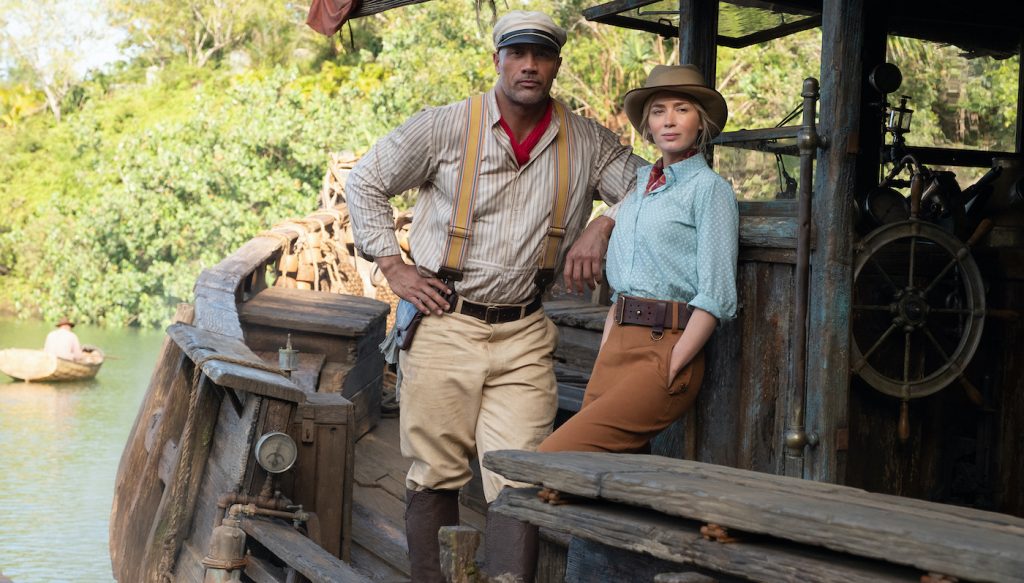 The reviews are in for Jungle Cruise, director starring Jaume Collet-Serra’s (The Shallows, Orphan) family-friendly adventure starring Emily Blunt and Dwayne Johnson. Spoiler alert—Blunt and Johnson are charismatic and have chemistry to spare, and Collet-Serra, a nimble director with a great sense for action, has done a good job of goosing the film with plenty of adventure.

Johnson stars as riverboat captain Frank Wolff, reluctantly taking on Blunt’s explorer Lily Houghton as the mismatched duo team up to find the Tree of Life deep in the Amazon. This mythical tree is said to hold the key to a world-changing elixir (it can apparently cure any disease), which means Frank and Lily are hardly going to be the only folks looking for it. The dangers are plenty—insane traps, wild animals, and two great co-stars, Jesse Plemmons as Prince Joachim, and Jack Whitehall as MacGregor Houghton, adding to the excitement. Also, the film’s soundtrack is provided by Metallica, a collaboration we didn’t see coming.

Okay, now let’s take a peek at the reviews:

Clarisse Loughrey, Independent: “While Jungle Cruise may not be quite as modern as it sets out to be, it certainly isn’t slacking when it comes to good, old-fashioned entertainment.”

Owen Gleiberman, Variety: “Jungle Cruise” is a movie that implicitly asks: What’s wrong with a little good old-fashioned escapism? The answer is: Absolutely nothing…”

Peter Gray, The AU Review: “You’ll be hard-pressed to find a more likable duo than [Dwayne] Johnson and [Emily] Blunt, whose chemistry is as tropical, if not more so, than the sweltering jungle setting.”