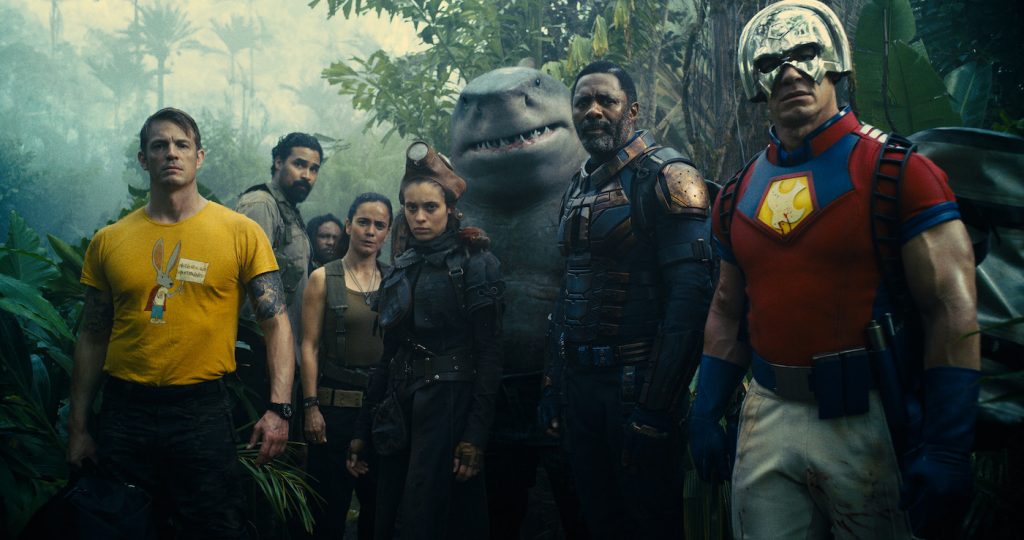 Last week we took our first look at what the critics were saying about The Suicide Squad. Now, with the film opening today in theaters and premiering on HBO Max, we’ve updated our round-up. The increase in reviews has only bolstered the initial takes from last week—writer/director James Gunn has hit a home run in his first outing for the DC Extended Universe.

The reviews expand on the rapturous early buzz and reveal a filmmaker who may have found the perfect outlet for his particular gifts, even more so than his Guardians of the Galaxy franchise, which also features a motley crew of misfits, but those are Marvel misfits and are decidedly a kinder bunch. With The Suicide Squad, Gunn was able to channel some of the chutzpah his early horror films had, and the result is a gory, yet surprisingly tender film.

Gunn’s film borrows a few characters from David Ayer’s 2016 Suicide Squad and then goes its own way, eschewing that film’s dark and muddy tones for something bright, bold, and gonzo. Gunn has made it clear Warner Bros. gave him carte blanche to take The Suicide Squad in whatever direction he saw fit, which meant creating real stakes for the characters. The Suicide Squad earns its title by disposing of characters you might assume will survive.

The returnees from Ayer’s 2016 film include Amanda Waller (Viola Davis), back to once again recruit a stable of wildcards from DC’s deep bench of lovably weirdo characters. She tasks them with a mission to the island of Corto Maltese, where they must destroy every trace of “Project Starfish.” Another returning champ the previous film’s breakout star, Margot Robbie as Harley Quinn, and she and Davis are joined by fellow alums Jai Courtney as Captain Boomerang and Joel Kinnaman as Rick Flag.

The newcomers include big stars and ace character actors. For stars, you’ve got Idris Elba as Bloodsport, Sylvester Stallone as the voice of King Shark, and John Cena as Peacemaker. For great character actors, you’ve got Peter Capaldi as the Thinker, David Dastmalchian as Polka-Dot Man, and Michael Rooker as Savant. There are more! Alice Braga as Sol Soria, Pete Davidson as Richard “Dick” Hertz/Blackguard, Nathan Fillion as T.D.K., Sean Gunn as Weasel, Flula Borg as Javelin, and Mayling Ng as Mongal.

Now that we’re properly up to speed, let’s get to the reviews, which are spoiler-free, of course. Links are included if you’re the kind of moviegoer who likes to read the reviews first:

Soren Anders, Seattle Times: “Gunn masterfully mixes humor and bloodshed and manages to give a surprising number of characters room to develop their personas. And when it comes to staging set pieces, he’s at his best.”

Katie Rife, AV Club: “In many ways, the gleefully profane, anything-goes mayhem of The Suicide Squad feels like a mega-budget version of the Troma Studios productions that gave Gunn his start. And thank goodness for that.”

Dan Jolin, Time Out: “Gunn gels it together with a wicked sense of humor and an evident affection for his characters who, though not so endearing as his Guardians of the Galaxy, are a hoot to hang around with.”

Olly Richards, Empire Magazine: “When Gunn took on Guardians Of The Galaxy, he turned nonsense into gold for Marvel. By giving The Suicide Squad the same sense of mischief and an equally surreal streak, he’s done the same for DC.”

John Defore, The Hollywood Reporter: “Not only does it find the nastily enjoyable vibe that eluded its predecessor, but it also tells a story worth following — while balancing its most appealing character with others whose disposability (they aren’t sent on suicide missions for nothin’) doesn’t prevent them from being good company onscreen.”

Hoai-Train But, /Film: “Warner Bros. has prided itself in making “director-driven” DC superhero movies, and rarely has that directive paid off as gloriously as it has with James Gunn‘s The Suicide Squad. “

Matt Goldberg, Collider: “By using villains instead of heroes, The Suicide Squad allows Gunn to make a comic book movie with life-and-death stakes and the freedom to have his characters do some truly gnarly things and skip away from our moral judgments. While your typical heroes have to worry about clearing the city and saving civilians, with James Gunn’s The Suicide Squad, you get characters who sometimes relish getting their hands dirty if that’s what it takes to get the job done.”

Owen Gleiberman, Variety: “The Suicide Squad” gets it right, honing that rogue attitude to a much sleeker edge of outrage. It’s a team-of-scruffy-cutthroats origin story that feels honestly dunked in the grunge underworld, and shot for shot it’s made with a slicing ingenuity that honors the genre of The Dirty Dozen (and also, in a funny way, Ghostbusters).: