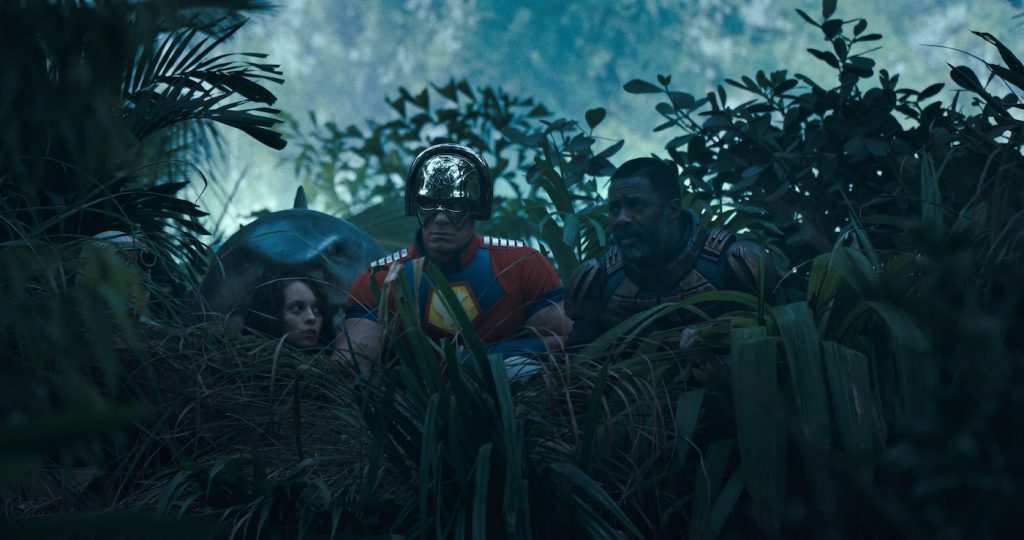 If you wanted to stir up even more interest in your massive superhero misfit movie, you can’t do much better than revealing the man who put Superman in the ICU. Warner Bros. has released The Suicide Squad‘s official “rain” trailer, which reveals that Bloodsport (Idris Elba) put a Kryptonite bullet in Superman, sending the world’s strongest, fastest, and most super “man” to the hospital. It’s this crime that lands Bloodsport in the clink, which is where he begins The Suicide Squad before he’s plucked for duty by Amanda Waller (Viola Davis).

Writer/director James Gunn has rebooted the franchise after David Ayer’s 2016 Suicide Squad, but you probably know that by now. You also likely know that along with Viola Davis, Gunn helped himself to a few other stars from that film. Jai Courtney (Captain Boomerang), Joel Kinnaman (Rick Flag), and, most importantly, Margot Robbie (Harley Quinn) are all returning for another mission. Gunn has promised that The Suicide Squad will shelter no character from the madness that he’s bringing, and that means anyone could meet a grim fate. Do we think that’ll include Harley Quinn? No, but we won’t be sure until we see the movie.

The new trailer not only reveals that Bloodsport was doing time for nearly killing Superman, but that the Squad has been assembled for what Waller is calling “Project Starfish.” We’ve known for a while that Starro the Conquerer is at least the nominal big bad in the film (yes, he’s an alien starfish the size of a building), but the new trailer seems to also suggest that The Suicide Squad actually features two squads in action—the first, featuring Harley Quinn, and a second which comes in to try and save them.

Check out the new trailer below. The Suicide Squad hits theaters and HBO Max on August 6.