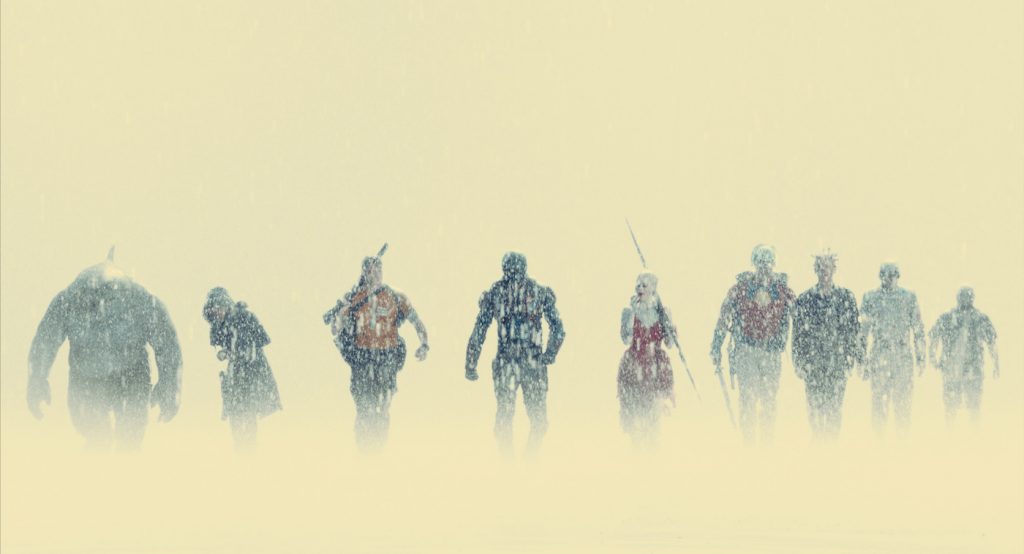 James Gunn’s The Suicide Squad hits theaters and HBO Max on August 6, which means that critics have already gotten to screen the film and offer their initial reactions. We won’t get full reviews for a bit—those are usually embargoed until right before the premiere—but these spoiler-free first takes give us a good idea of how they view the film. Spoiler alert: it sounds like Gunn’s hit a homerun here.

Before we get to those initial reactions, let’s briefly go over the film’s synopsis. Gunn wrote and directed this reboot, of sorts, which resurrects some characters from David Ayer’s 2016 Suicide Squad but that’s about it, the rest is brand new. Amanda Waller (Viola Davis) is one returnee from the previous film, and she’s back to once again recruit a band of lunatics, misfits, and a talking shark for a mission to the island of Corto Maltese, where a certain “Project Starfish” is underway. The squad will need to fight like hell, as a team, if they’re going to save humanity.

Onto those early reactions!

Got to see @JamesGunn #TheSuicideSquad tonight! A hilariously violent and heartfelt story that’s surprising in all the right ways. Enjoyable for everyone — hardcore DC comics fans and newbies alike. Go see this movie.

The Suicide Squad is as funny, irreverent and violent as promised.
What I liked best, though, was its heart. Gunn really balances the silly and the serious in a way that the two compliment each other really well. I dug it. Also? King Shark RULES. pic.twitter.com/QgzSqwxY8C

I had the BEST time watching #TheSuicideSquad — it is a swing-for-the-fences kind of comic book movie & I love that. It’s big, bold & visually stunning. You will see James Gunn’s horror roots splattered all over this thing. It’s violent, but hilarious. Angry, but also VERY sweet. pic.twitter.com/qUbXQ75abt

Yeah, I loved #TheSuicideSquad. Just delightfully, gleefully goes all out with mayhem, gore, profanity and naughtiness but then has some really heartfelt moments that you can invest in. And I loved the whole cast a whole lot.

So this skeptic loved #TheSuicideSquad. It is balls to the wall *bonkers* in very entertaining ways. i.e. If you’re wondering whether James Gunn and that super rad @SuicideSquadWB cast would truly go there w/ the material & the R-rating, indeed they DO. pic.twitter.com/hQoGljScTx

Absolutely loved #thesuicidesquad. The movie is super violent, extremely funny, and a huge home fun for @JamesGunn and #DC. Tons of surprises and things I wasn’t expecting. Just a great movie. pic.twitter.com/sTchKRvU4Y

#TheSuicideSquad is complete mayhem. Similar themes and heart to Guardians, but tonally much more similar to Gunn’s pre-Marvel work (it’s real bloody). Hilarious, but be warned: the emotional stakes are real. It’s not the care-free romp the trailers promise.

For more on the Suicide Squad, check out these stories: