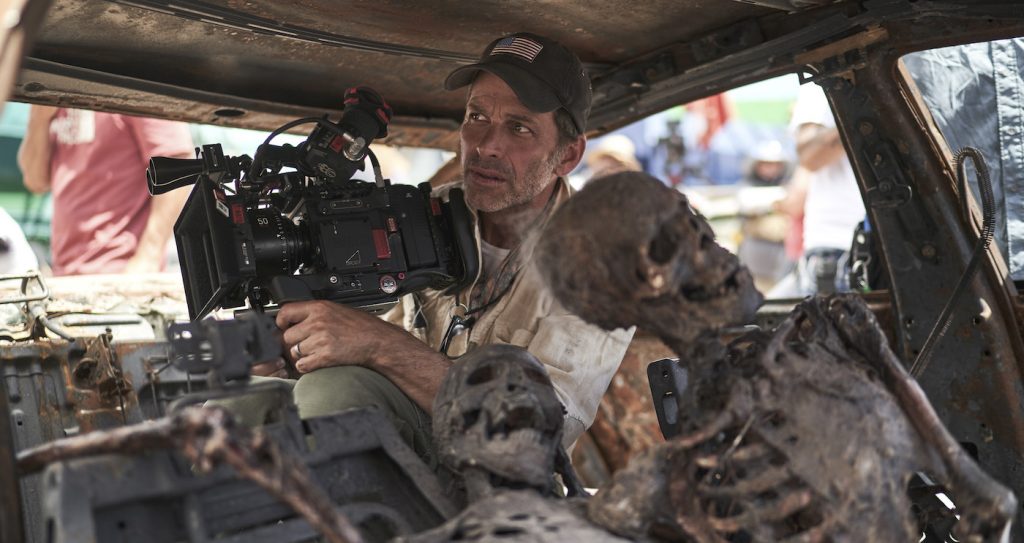 Zack Snyder will move from a zombie scourge in Las Vegas to a sci-fi epic in deep space. The Hollywood Reporter has the scoop that Snyder’s Rebel Moon, inspired by both the Star Wars franchise and the films of Japanese filmmaking legend Akira Kurosawa, is headed to Netflix.

Rebel Moon will center on a peaceful colony situated on the edge of the galaxy that finds itself threatened by the armies of a despot named Balisarius. In an attempt to defend the colony, a young woman with a mysterious past is sent to find warriors from neighboring planets to help the colony make a stand against Balisarius’s armies.

“This is me growing up as an Akira Kurosawa fan, a Star Wars fan,” Snyder said to The Hollywood Reporter. “It’s my love of sci-fi and a giant adventure. My hope is that this also becomes a massive IP and a universe that can be built out.”

THR reports that this idea was hatched from a Star Wars pitch Snyder had developed a decade ago. Then the Walt Disney Company bought Lucasfilm in 2012, which halted Snyder’s original pitch, which was “a more mature take on the universe created by George Lucas,” THR reports.

Snyder will co-write, direct, and produce the film for Netflix, where he just released his aforementioned zombie film Army of the Dead. Snyder is keeping Rebel Moon in the family, so to speak, co-writing the script with Shay Hatten, who co-wrote Army of the Dead, and Kurt Johnstad, who co-wrote Snyder’s ancient Greek epic 300, which was adapted from a Frank Miller comic. He’ll produce alongside his wife and producing partner Deborah Snyder, through their production company Stone Quarry.

Rebel Moon will be shepherded on the Netflix side by another longtime Snyder collaborator, Scott Stuber. Stuber helped get Snyder’s breakout hit Dawn of the Dead made back when he worked at Universal and helped steer Army of the Dead at Netflix.

Rebel Moon is slated to begin production in early 2022.

For more on Snyder’s last film, “Army of the Dead,” check out these stories: