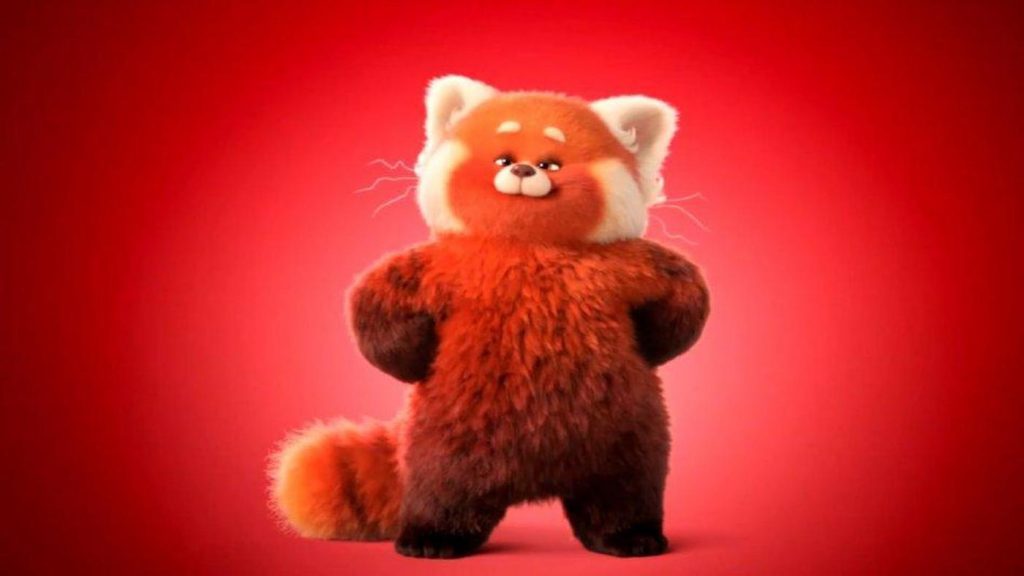 Our first look at Bao director Domee Shi’s Pixar feature debut is here, and all the talent that Shi displayed in her 2018 Oscar-winning short is on display here. Charm, humor, heart, and an almost impossibly cute central character. The film is centered on Mei Lee (voiced by Rosalie Chiang), a regular 13-year-old…until the moment she gets excited, at which point she turns into a huge red panda in an explosion of pink smoke. Look, we’re not the first to make this connection, but, excitement turning a mild-mannered character into a beast begs a comparison to the Incredible Hulk, only in this case, the beast is insanely adorable and not liable to smash any supervillains to pieces.

One sure way to get Mei over-excited? Introduce her overprotective mother, Ming (voiced by Sandra Oh) into the situation. In the trailer, we see Ming show up at Mei’s school, demanding to see her child and badgering a security guard. This embarrassment titillates Mei enough to turn her into the giant red panda, to the shock of her classmates and teacher.

Domee Shi’s Boa was such a perfect short film, and now that she’s got a larger palette to work with, Turning Red has to be one of the most intriguing upcoming Pixar projects. Before Bao, Shi was a storyboard artist for Pixar, so she knows her way around the Pixar creative process.

Check out the teaser trailer below. Turning Red is set to hit theaters on March 11, 2022.

For more stories on Walt Disney Studios, Pixar, and Disney+, check these out: