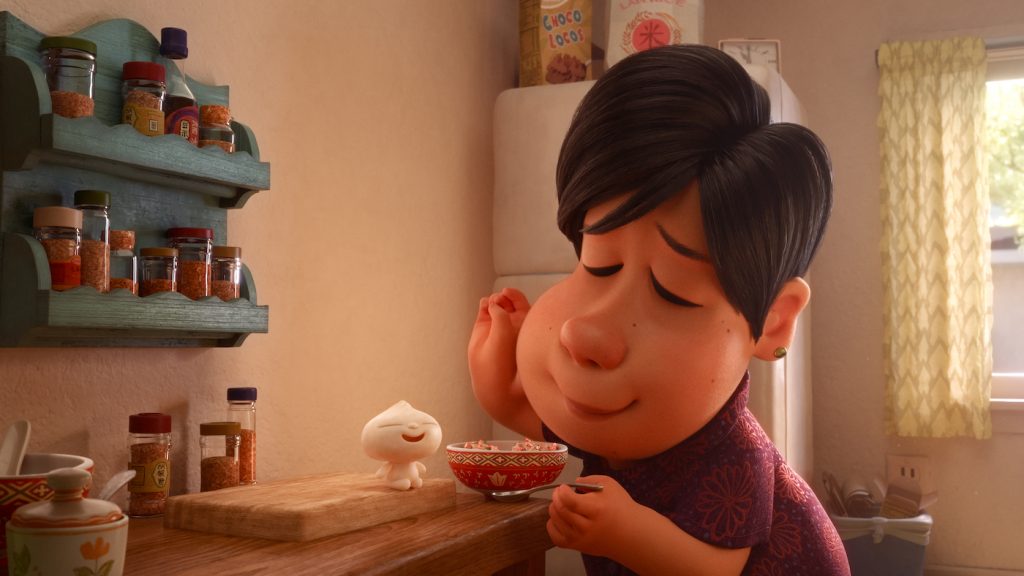 Bao director Domee Shi is the first woman to direct a Pixar short, and now you can see her phenomenal, Oscar-shortlisted work in its entirety. Pixar has released the short online (it will be available for one week only), which hits the legendary animation studio’s sweet spot—adorable, bittersweet, offbeat, complex—while also introducing a serious talent in Shi. Many called it the best Pixar short in years.

Shi, who also worked as a storyboard artist for this year’s Incredibles 2 and the upcoming Toy Story 4, is now at work on her first feature film. Bao screened before Incredibles 2 and focuses on a Chinese-Canadian mom suffering from empty nest syndrome who gets an unexpected second chance at motherhood when one of her dumplings comes to life. Here’s how Shi described the project to Deadline:

“Honestly, it was just a combination of things that I wanted to draw, and see in a short, and see on the big screen. I’m a huge fan of Asian food; I love cute, old Asian people; I love weird, dark fairy tales, like The Little Gingerbread Man, or Thumbelina. I wanted to do a modern version of that—my take on that—and I think all of that went into making Bao.”

Here’s the official synopsis from Pixar:

In Bao, an aging Chinese mom suffering from empty nest syndrome gets another chance at motherhood when one of her dumplings springs to life as a lively, giggly dumpling boy. Mom excitedly welcomes this new bundle of joy into her life, but Dumpling starts growing up fast, and Mom must come to the bittersweet revelation that nothing stays cute and small forever. This short film from Pixar Animation Studios and director Domee Shi explores the ups and downs of the parent-child relationship through the colorful, rich, and tasty lens of the Chinese immigrant community in Canada.

Featured image: LITTLE BITE — In Disney•Pixar’s new short “Bao,” an aging Chinese mom suffering from empty-nest syndrome gets another chance at motherhood when one of her dumplings springs to life as a lively dumpling boy. Her mothering instincts kick in immediately as she lovingly feeds her giggly new bundle of joy. Directed by Domee Shi, Bao” opens in theaters on June 15, 2018, in front of “Incredibles 2.” ©2018 Disney•Pixar. All Rights Reserved.