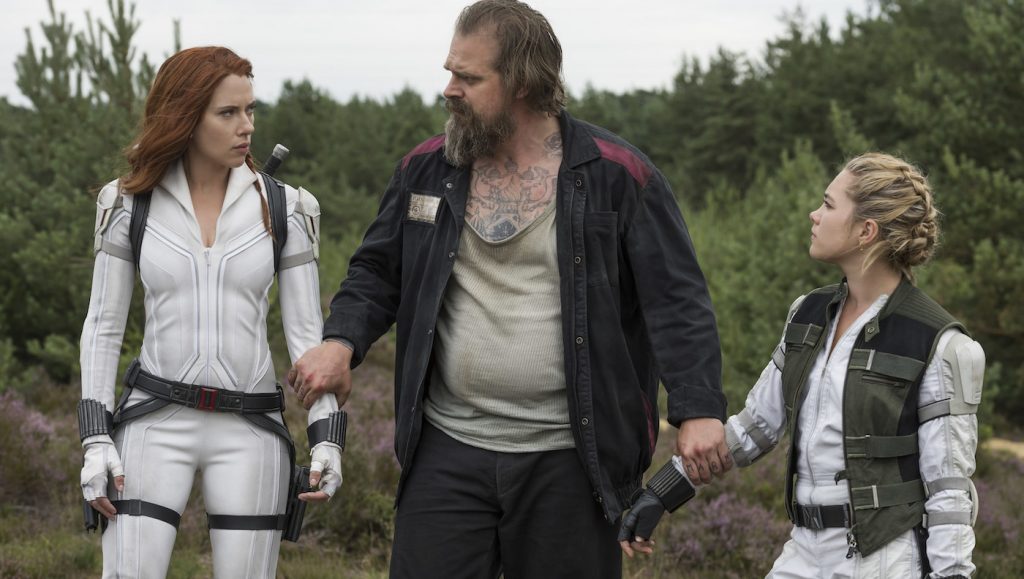 You can’t blame them for trying. Natasha Romanoff (Scarlett Johansson) and Yelena Belova (Florence Pugh) attempt to spring Alexei Shostakov (David Harbour) from prison in a brand new Black Widow clip. This minute’s worth of an attempted prison break showcases director Cate Shortland’s more grounded approach to action, which feels like it owes at least a little more debt to actual physics than most Marvel movies pay. (There is a long-standing joke within the MCU that Captain America’s shield is offender number one when it comes to bending or flat out breaking the laws of motion).

The clip also sheds a little light on the dynamic between Natasha’s very particular “family.” Yelena is like her plucky young sister, and Alexei is, of course, dad, one who has packed on a few pounds since she last saw him. This might explain why he struggles so much with the escape attempt.

Black Widow is set between the events of Captain America: Civil War and Avengers: Infinity War, and sees Natasha returning east to where her story began when she was a Black Widow for the KGB. She’ll be reunited with not only Yelena and Alexei, but also Melina Vostokoff (Rachel Weisz), and have to contend with Taskmaster, the masked villain who controls the Black Widows and is committed to bringing Natasha down.