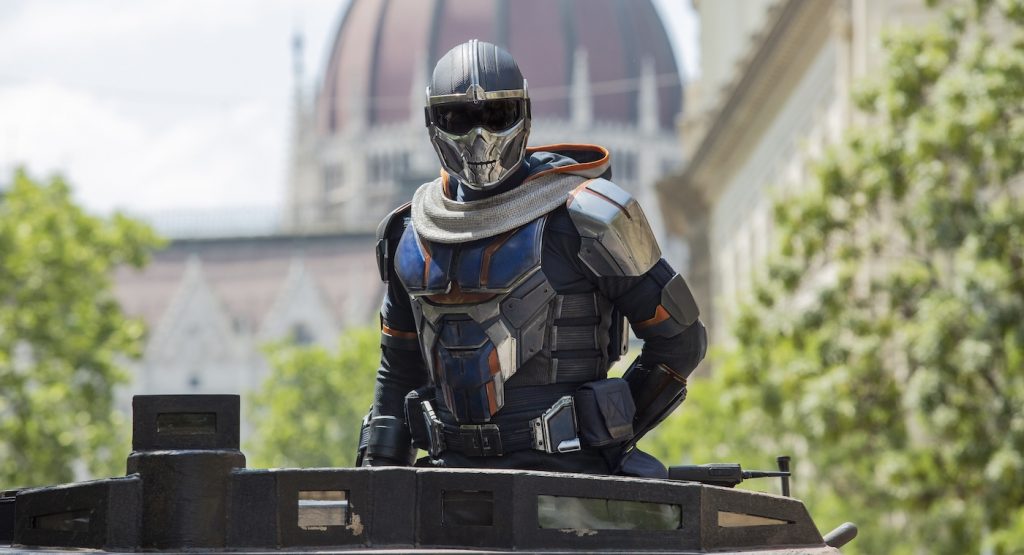 We’re a little less than two weeks away from the long-awaited premiere of director Cate Shortland’s Black Widow, the first MCU film since 2019, the first film in Marvel’s Phase 4, and likely the last film we’ll see Scarlett Johansson’s Natasha Romanoff/Black Widow in. With all that in mind, Marvel and Disney+ have made a huge trove of new photos available, and we’ve embedded them for your viewing pleasure. The new photos give us fresh looks at the film’s villain, Taskmaster, Natasha herself, and the three newcomers to the MCU—Florence Pugh’s Yelena Belova, Rachel Weisz’s Melina Vostokoff, and David Harbour’s Alexei Shostakov.

Black Widow is set between the events of Captain America: Civil War and Avengers: Infinity War. The film “confronts the darker parts of her ledger when a dangerous conspiracy with ties to her past arises.” That conspiracy seems to include not only the Taskmaster but the Black Widow program itself. In the trailers and teasers we’ve seen, Natasha and Yelena have had to battle a whole bunch of Black Widows with the masked Taskmaster always right around the corner.

Check out the new images below. Black Widow hits theaters and Disney+ Premiere Access on July 9.