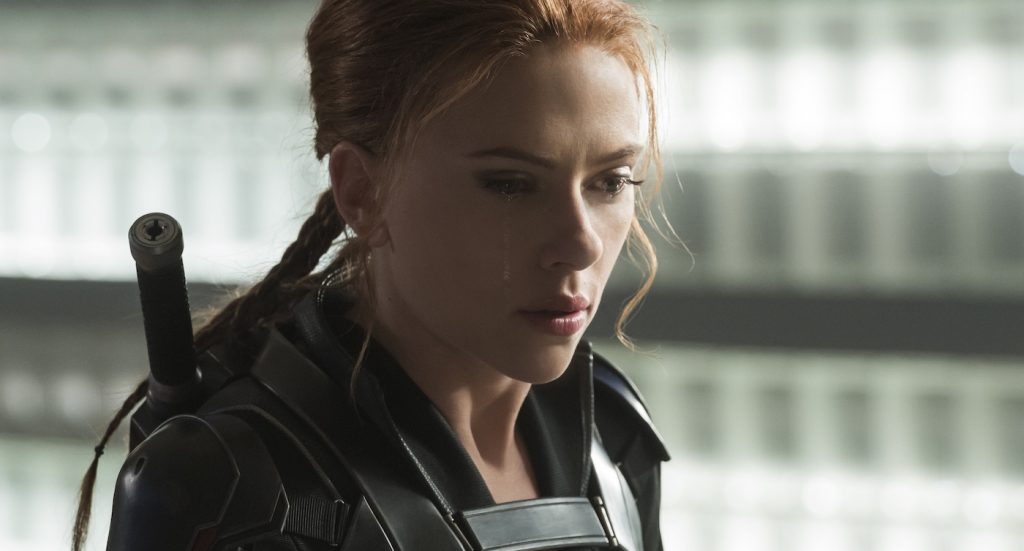 We are just a week and change away from seeing Scarlett Johansson’s (likely) final turn as Natasha Romanoff. Director Cate Shortland’s Black Widow is repelling into theaters and onto Disney+ Premiere Access on July 9, and to celebrate Johansson’s run as the incredibly capable former KGB assassin-turned-Avenger, Marvel Entertainment has released a brief video tracking Natasha’s journey in the MCU.

The first time we meet Natasha is in Iron Man 2 when she helps Tony Stark (Robert Downey Jr.) take down Ivan Wanko (Mickey Rourke). The next time we see her is in the first Avengers film, where she has a much meatier role and where her relationship with Bruce Banner (Mark Ruffalo) begins to flourish—albeit with some major complications (he’s got anger issues, in case you haven’t heard.) Natasha’s introduction in the film also sets the stage for why she’s so compelling. Without a single superpower (but many, many skills), she’s able to defeat a room full of bad guys, all while strapped to a chair. Later in the film, we get a glimpse of the grief she’s carrying from her former life, when Loki (Tom Hiddleston) mocks her for having blood on her ledger.

Natasha next pops up in the Russo Brothers’ Captain America: The Winter Soldier, the film that Black Widow is drawing comparisons to for its grittier vibe and more grounded action. In The Winter Soldier, Steve Rogers doesn’t trust Natasha at first, a dynamic that will flip completely when she becomes his most trustworthy companion next to Sam Wilson (Anthony Mackie). Natasha next appears in Avengers: Age of Ultron, where her relationship with Banner has progressed to the point where they have a phrase, “The sun’s getting real low,” that she uses to calm the Hulk down. By now, she’s become one of the most capable Avengers.

Next up for Natasha was Captain America: Civil War, where she surprisingly chooses Team Iron Man over Team Captain America, agreeing with Tony Stark that the Avengers need to be reigned in. It’s all hands on deck for her next outing, however, when Natasha and every other Avenger not named Hawkeye battles Thanos in Avengers: Infinity War. And then, Natasha becomes one of two Avengers—along with Tony Stark—to make the ultimate sacrifice in Avengers: Endgame. Luckily for us, we get one more dance with this incredible character in just a few days.

Black Widow is a prequel, of course. The film is set between the events of Captain America: Civil War and Avengers: Infinity War. It finds Natasha trying to contend with “the darker parts of her ledger,” the very ledger Loki had referred to, which is her pre-Avenger life. Natasha heads east and meets up with old friends and foes. Those “friends” include Yelena Belova (Florence Pugh), Melina Vostokoff (Rachel Weisz), and Alexei Shostakov (David Harbour). The foes include enemies like Taskmaster, the leader of a group of super assassins—better known as Black Widows—the very program from which Natasha herself emerged.

Check out the video below. Again, Black Widow hits theaters and Disney+ Premiere Access on July 9: