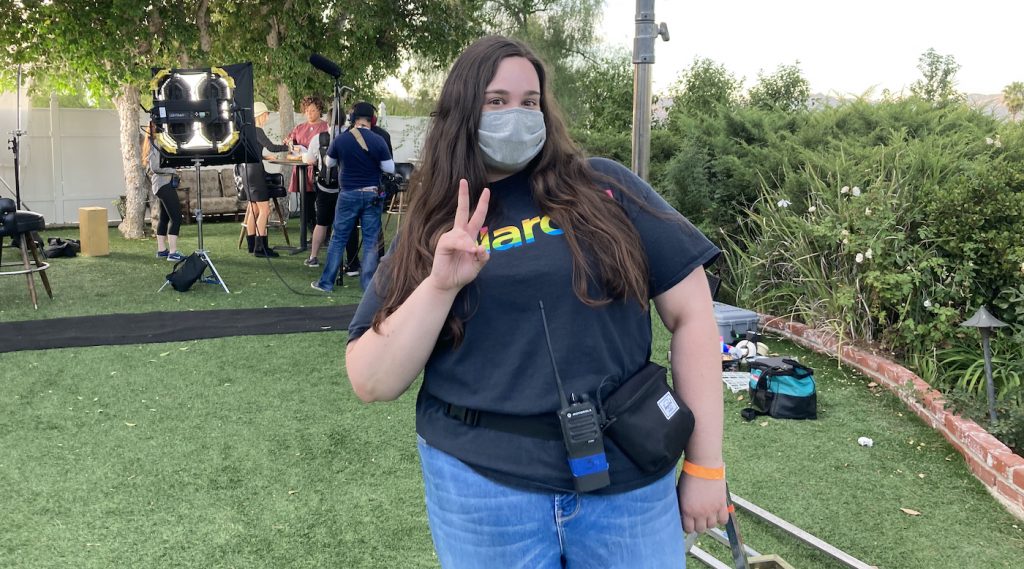 Abby Alben graduated from UCLA and, like so many people, was eager to find a job in the entertainment industry in Los Angeles. What she ended up finding was a career. Alben, our latest Future Critic (although really, she’s more of a Future Producer) began working at the independent production company Mother & Daughter Entertainment. Right before we were set to publish our video interview with her, she was promoted to Head of Digital Media. Not a bad start to her post-collegiate path in the industry.

Mother & Daughter Entertainment, befitting its name, was co-founded by mother-daughter duo Elizabeth and Isabella Blake-Thomas. Their production company is run by an all-female team of filmmakers, with Alben now overseeing all digital media, including managing social media pages and producing their podcast, “Filmmaking Without Fear.” “Our motto is ‘Making Content That Matters,'” Alben tells us, with Mother & Daughter committed to telling “touching, diverse stories that move you, call you to action, or simply make you laugh.”

Alben’s work also includes providing notes and coverage on projects on Mother & Daughter’s upcoming slate. She was on set for their latest feature, Will You Be My Quarantine (starring Jodie Sweetin), which recently won the ReFrame Stamp for having a gender-balanced production.

Alben is passionate about storytelling and is eager to help pioneer a new, more inclusive era in the film industry. When she’s not working, you can often find her debating Star Wars or Marvel Cinematic Universe plot points with her family, or marveling (pun intended) at how swiftly she was swept up by Netflix’s Bridgerton.

In the first part of our interview, Alben discusses her work at Mother & Daughter entertainment, and the joy of working with driven, compassionate women:

In the second part of our interview, Alben discusses a few of her current obsessions. As a big Regency Era buff, she went into Netflix’s hit series Bridgerton ready to judge the period accuracy. Then, like millions of other people, she fell in love. Alben also discusses being wowed by Chloé Zhao’s Nomadland and the potency of the Marvel Cinematic Universe.

For more of our Future Critics, check out our past interviews:

Find out who would win in a matchup between Batman and Black Panther from superhero expert Lauren Claggett.

And learn about the importance of representation (and seeing boys cry on screen) from Addie Scheer.