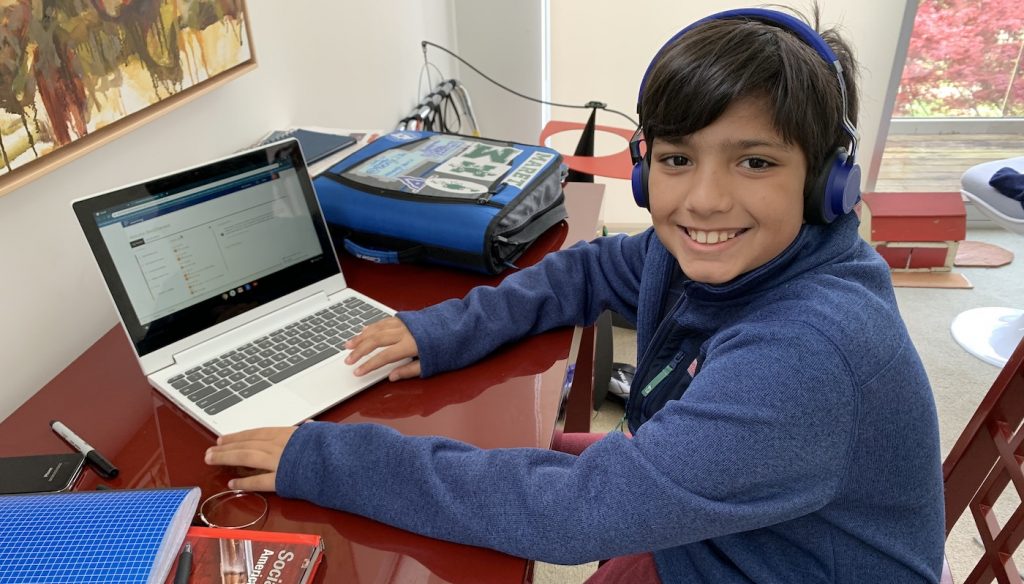 In the first installment of our series Future Critics, we’d like to introduce you to Benji Cherukuri. Benji’s an avid movie fan, musician, and performer himself. You can check out Benji’s videos—which he edits—on his YouTube channel. Today, however, Benji becomes our first Future Critic.

Benji took some time out from his busy schedule, which includes doing homework for his sixth-grade classes, playing “Fortnite” and “Among Us” with his friends, and teaching his golden retriever puppy Ruthie new tricks, to tell us why he loves the work of composers Nicholas Britell and Hans Zimmer.

Now, we like to think of ourselves as fairly well versed in filmmaking craft. Heck, that’s the bread and butter of what The Credits does. And, we’ve actually interviewed both Nicholas Britell (twice!) and Hans Zimmer before. Yet we’d be lying if we said we approached those interviews with the same energy, the same level of infectious joy (and believe us, we love this stuff) as Benji does.

Let’s start with Benji’s take on Britell’s work, specifically the theme song he created for HBO’s smash hit series Succession. Succession, created by Jesse Armstrong, follows the Roy family, a grotesquely wealthy clan that controls the biggest media and entertainment company on the planet. The Roys are, to put it mildly, terrible people. Britell’s theme song became instantly iconic, brilliantly capturing the discord running through a family that, in the best of times, are an amoral nest of vipers.

And here’s Benji on what makes Britell’s work pop:

Now we move on to Hans Zimmer, a living legend, and his work on Christopher Nolan’s The Dark Knight and Dunkirk. For the former, Zimmer collaborated with composer James Newton Howard but was himself tasked with creating the Joker’s theme. So memorably played by the late Heath Ledger, his Joker remains one of cinema’s greatest villains, and Zimmer created a musical theme that was, he believed, as charismatically repellent as the character.

For Dunkirk, Zimmer utilized both a pocket watch (given to him by Nolan) and an auditory illusion caused by Shepard tones, named after cognitive scientist Roger Shepard, that mimicked—and enhanced—the film’s relentless race-against-time narrative as it captured the life or death struggle of Allied soldiers surrounded by the German Army in World War II.

Here’s the Dunkirk trailer, which highlights both the pocket watch and the Shepard Tones:

Benji’s got a future in this business if he wants one.