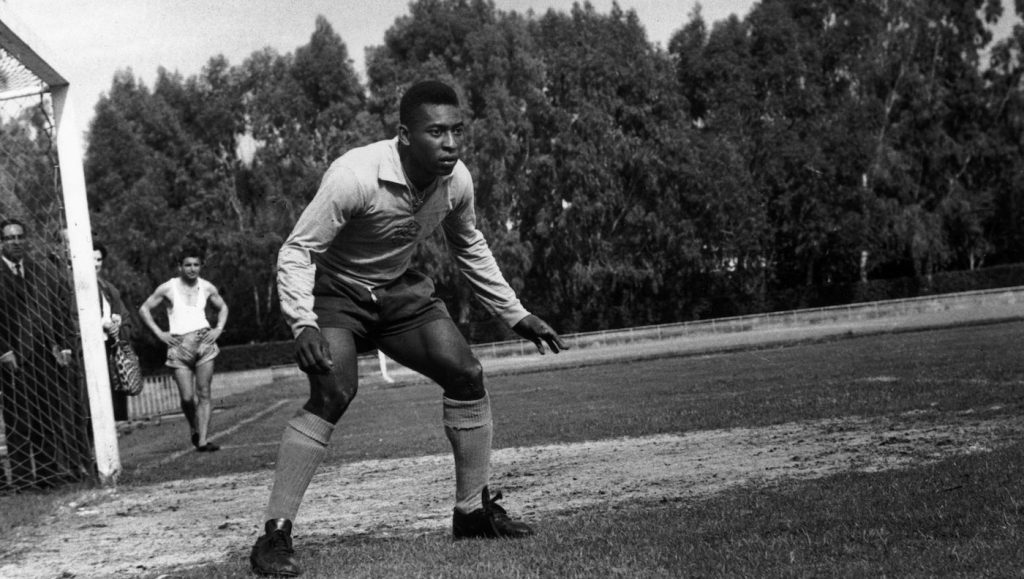 He was, inarguably, one of the greatest athletes of the 20th century. He is, to this day, one of the greatest soccer players of all time. Now, Netflix has revealed the teaser to their upcoming documentary Pelé, which will track the rise of the titular superstar as he led Brazil to an astonishing three World Cup titles between 1958 to 1970, an unprecedented feat and one accomplished during a turbulent period for the country.

Netflix has revealed a bite-sized teaser that still packs plenty of punch. You’ll see archival footage of Pelé, in both color and black and white, at the pinnacle of his artistry in the sport. Born Edson Arantes do Nascimento in 1940 in Três Corações, Minas Gerais, Brazil, Pelé was the son of a footballer, Dondinho (born João Ramos do Nascimento) and Celeste Arantes. Pelé grew up in poverty, and was taught the sport by his father, playing with a sock stuffed with newspaper. By his mid-teens, he was playing for an indoor team called Radium. Pelé would later claim that indoor football, which is faster than proper football on grass, helped him think more quickly. It also allowed him to play against adults when he was only 14. He was eventually his team’s top scorer.

Pelé quickly began playing on club teams and out on the grass. Only ten months after signing with Santos FC, and having already become the league’s top scorer, Pelé was called up to the Brazil national team as a teenager. He would go on to become the youngest player ever to score a hat trick in World Cup history, and the youngest player ever to play in a World Cup final match, at 17 years old. He scored two goals to help Brazil beat Sweden 5-2, in Stockholm.

He was so good, wealthy European teams were desperate to sign him, with legendary squads like Manchester United, Real Madrid, and Juventus trying in vain. Eventually, in 1961 Brazilian President Jânio Quadros declared Pelé an “official national treasure” so he could not be transferred out of the country to a new team.

In today’s world, such a move could almost certainly never happen, and an athlete as skilled as Pelé would be able to go and do as he please. But it was a different era back then, and Pelé meant more to Brazil than we can perhaps fully appreciate. This doc will help us understand the impact and import of one of the man they called The King.

Check out the teaser below. Pelé premieres on Netflix on February 23.

This documentary feature tells the story of iconic footballer Pelé, his quest for perfection and the mythical status he attained. As well as unprecedented interview access to Pelé, the film includes astounding archive footage and interviews with legendary former team-mates including Zagallo, Jairzinho and Rivellino. The story looks back at the extraordinary 12-year period in which Pelé, the only man to win three World Cup titles, went from young superstar in 1958 to national hero in 1970; a radical yet turbulent era in Brazil’s history. PELÉ is directed by David Tryhorn and Ben Nicholas, produced by Pitch Productions and executive produced by Academy Award-winning filmmaker Kevin Macdonald.

Featured image: 24th April 1963: Brazilian World Cup star Pele, said by many to be the greatest footballer of all time, during a training session. (Photo by Express/Express/Getty Images)