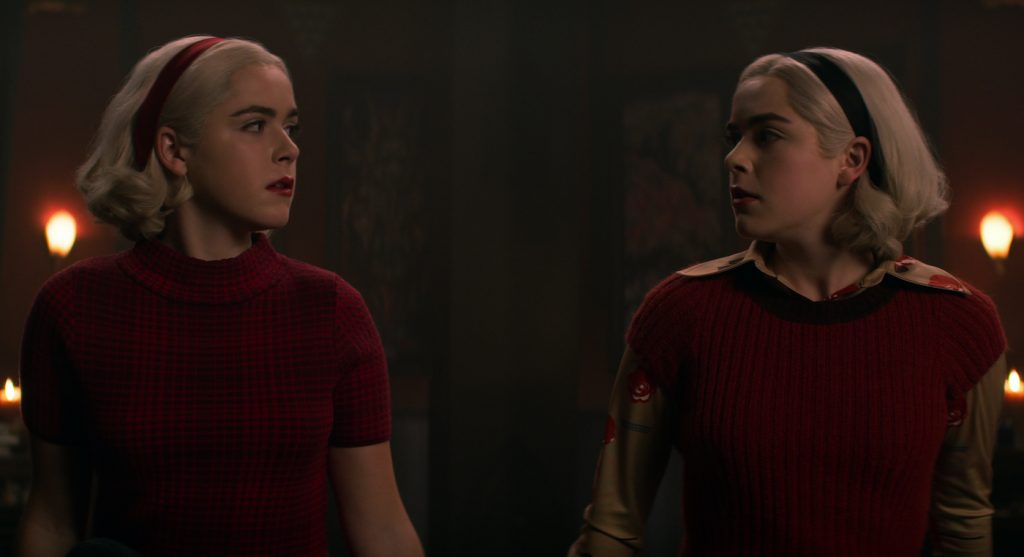 The end is nigh. Netflix’s delightful Chilling Adventures of Sabrina is, sadly, coming to a close at the end of season 4. To that end, we’ve got the final trailer for the final season. It’s been a lushly designed, beautifully shot series. As production designer Lisa Soper told us, color was paramount when it came to creating the look of the show. “The world itself is built around the colors of fall and the representation of divine feminine energy. The season of autumn symbolizes a time of self-reflection and increasing maturity. It symbolizes the balance between light and darkness, not so dissimilar to the choice Sabrina had to face. I could talk to you for hours about all the varying colors and how I used each one.”

Now that the spooky series is coming to a close, we can appreciate what the Sabrina team has pulled off. From top to bottom, from the performances to the sets to the costumes, Roberto Aguirre-Sacasa’s show has always given it viewers a multilayered feast. Part 4 looks as big and bold as the previous three seasons, with the series closing with not one but two Sabrinas (played by the perfectly-cast Kiernan Shipka), and an existential threat called “The Void” that threatens to make everything null and—you get it.