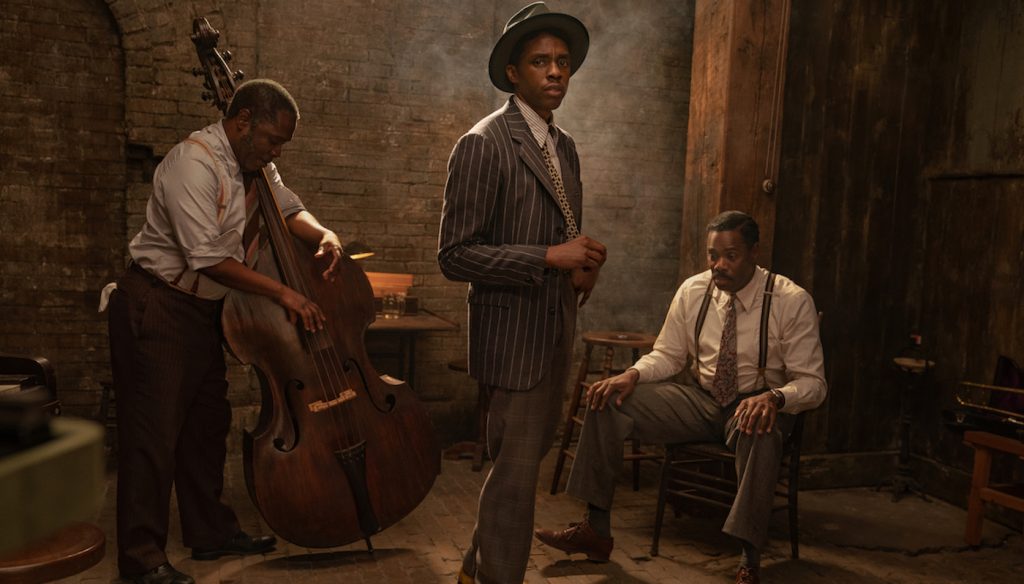 Earlier today we shared the new titles coming to HBO Max this December—now it’s time to turn our attention to Netflix. There are three major new films coming to the streamer, all of which promise to be worth your time. From an emotional standpoint, we have no trouble admitting that Ma Rainey’s Black Bottom, featuring Chadwick Boseman in his final performance, is the film we’re most looking forward to in the most bittersweet of ways. Director George C. Wolfe’s movie is based on Pulitzer Prize winner August Wilson’s play and features Boseman as a talented trumpeter named Levee, and Viola Davis in the title role as Ma Rainey, during the course of a single, tumultuous recording session. The film premieres on December 18.

Then there’s David Fincher’s passion project, Mank, based on a script from his father, about the making of Orson Welles’ iconic Citizen Kane. Mank is centered on the dyspeptic, alcoholic screenwriter co-credited with the film’s script, Herman Mankiewicz (played by Gary Oldman), and the dizzying, nearly disastrous creation of one of cinema’s most lasting marvels. Fincher’s first film in 6 years premieres on December 4.

Another major filmmaker releasing a new project is George Clooney, whose sci-fi film The Midnight Sky looks intriguing, to say the least. Clooney stars as a marooned scientist named Augustine desperately trying to get a message to a spaceship approaching Earth. The film is based on the novel “Good Morning, Midnight” by Lily Brooks-Dalton, and was adapted by The Revenant co-writer Mark L. Smith. Clooney’s joined by a small but stellar cast, including Felicity Jones, Kyle Chandler, David Oyelowo, Tiffany Boone, and Demián Bichir.

There is, of course, a lot more coming your way in this final month of this seemingly endless year. Check out this video from Netflix below for the full scope of their December slate: