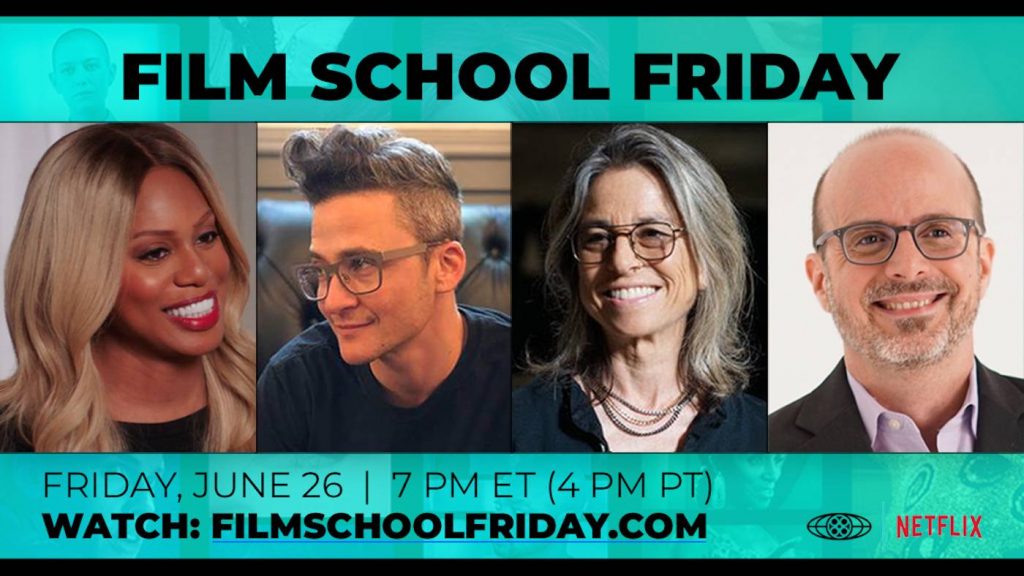 A Chat About Netflix’s “Disclosure” and Trans Representation on Screen

We have something very special planned for tonight, folks. As part of our ongoing Pride Month coverage, the Motion Picture Association has teamed up with Netflix for our next installment of our Film School Friday series. We’re really excited for tonight’s conversation with leading transgender and LGBTQ+ creators of Netflix’s groundbreaking documentary Disclosure. Our panelists are Disclosure‘s director Sam Feder (you can read our interview with Sam here), producer Amy Scholder, executive producer and one of the film’s standout contributors Laverne Cox, and Nick Adams, GLAAD’s director of transgender representation. The event will be kicked off with remarks from Rep. David Cicilline, co-chair, House LGBTQ+ Equality Caucus, and MPA’s chairman and CEO, Charles Rivkin. Our moderator is the MPA’s vice president of external and multicultural affairs John Gibson.

Our third Film School Friday begins tonight, at 7:00 p.m. ET (4:00 p.m. PT). You can RSVP and watch by visiting FilmSchoolFriday.com. You can join the conversation via the hashtag #FilmSchoolFriday by following us at @MotionPictures on Facebook, Twitter, and Instagram. Our conversation will explore trans representation, inclusion, and depiction in film and television.

Disclosure: Trans Lives on Screen offers an eye-opening look at the history of transgender depiction in two universal media: film and television. The story is told through the perspectives and memories of trans people in the entertainment industry — including the aforementioned Orange Is the New Black icon Laverne Cox, The Matrix mastermind Lilly Wachowski, Transparent and Hustlers star Trace Lysette, and 9-11: Lone Star actor Brian Michael Smith. It’s truly a must-see film, shedding light on how American culture has dehumanized and made assumptions about the transgender community.

We really hope to see you tonight!