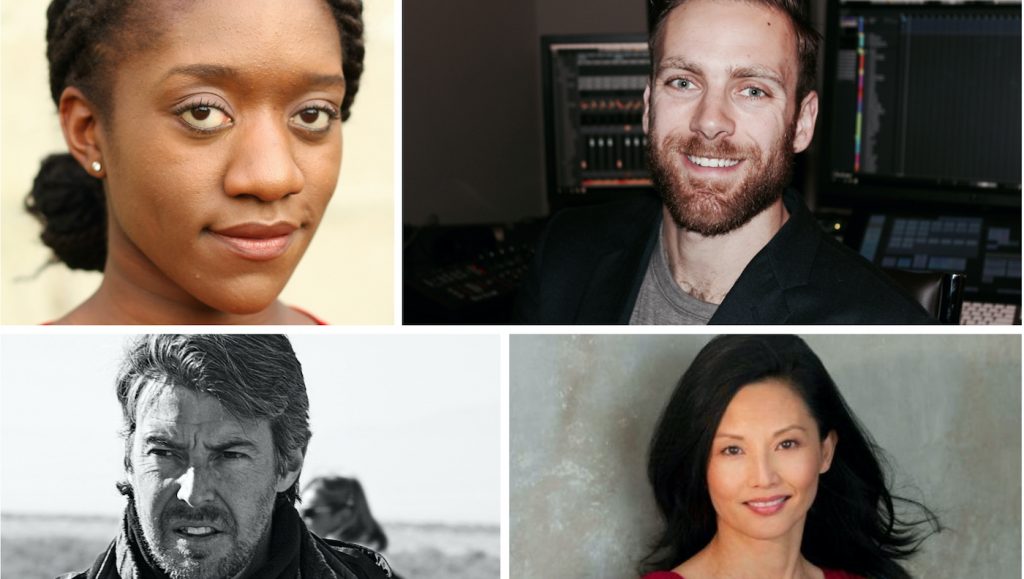 Today we’re hosting our first-ever virtual event, called Film School Friday, in what we hope will become an ongoing series. For film and TV lovers who enjoy knowing how their favorite movies and shows are made, Film School Friday will function a bit like The Credits does. We’ll be interviewing the folks who make the movies we watch and the series we binge, only we’ll be doing so via video conference and online panel, giving you a front-row seat. While we had this idea quite a bit ago, it has never seemed more relevant or necessary than now, when so many of us are in our homes and apartments, day after day (after day, after day).

Our first event is hosted by John Gibson, the Motion Picture Association’s Vice President for External and Multicultural Affairs. Our kickoff panel includes creators of some of the year’s biggest series. We’ve got Stacy Osei-Kuffour, a writer on HBO’s stellar Watchmen. We’ve got composer Brandon Campbell, whose work you’ve heard on a little show called Game of Thrones. There’s Tamlyn Tomita, whose successful acting career includes her recent role as Commodore Oh on the critically acclaimed Star Trek: Picard. And finally, cinematographer Andrew Strahorn joins us, who has shot some of television’s most intense dramas, including Fear the Walking Dead.

This being our first-ever virtual event, we’ve had to smooth out a few wrinkles. Technical difficulties with the video feed of our pre-recorded panel gave us our first real test. Yet what the panelists had to say came through clearly, and their insight on building careers in the entertainment industry is just as valuable in podcast form, which is what we’ve turned our kick-off event into.

We are all experts in making the most of the situation at hand at this point, so we hope you enjoy our first Film School Friday, podcast edition. There will be more to come.

Check out the event here: