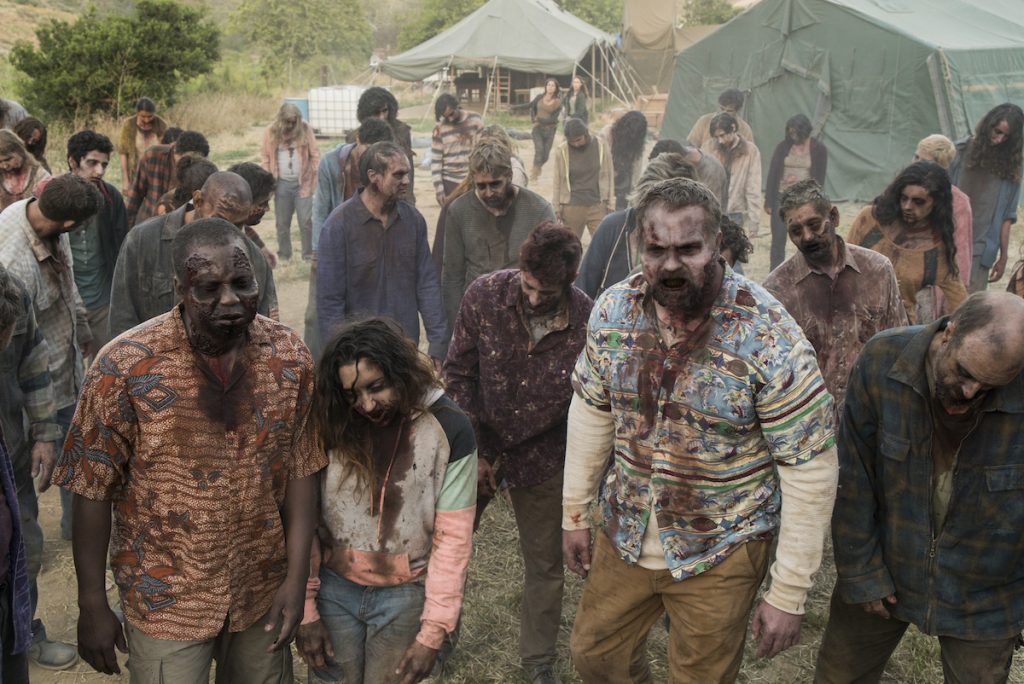 A major disclaimer before you watch the fascinating VFX reel for Fear the Walking Dead below—do it before lunch. Or don’t do it at all if you’re not a fan of gore. This look at the very impressive visual effects, created by Goodbye Kansas Studios, is not for the squeamish. Then again, neither is the show (or its progenitor, The Walking Dead), so if you’re curious how they turn actors into slobbering, oozing zombies, this is the VFX reel for you.

The world of VFX has become so insanely impressive that we’re used to photorealistic gore, or people becoming apes, or people becoming galactic overlords, that you might think you’ve seen it all—you haven’t. The marriage of practical and visual effects is what gives a show like Fear the Walking Dead it’s kick, a kick that often comes with a leg (or in the case of this reel, an eyeball) coming off.

The other aspect that this reel hammers home is how it’s not just gore for gore’s sake that gives gore its purpose, but the creation of the uncanny moment that makes a show like Fear the Walking Dead more than just the sum of its rotting, cleaved off parts. The crow landing on the dude’s shoulder is odd (crows don’t do that!) until the camera pans around and you see why the bird has perched there. The less said about the fight with the spoon, the better, but it’s amazing to watch how the VFX team turned a very safely sighted actor into an unwilling Cyclops.

All in all, the reel is both tough to watch and incredibly impressive. If you’re not a fan of the show, or gross stuff in general, you’ll just have to take our word for it.