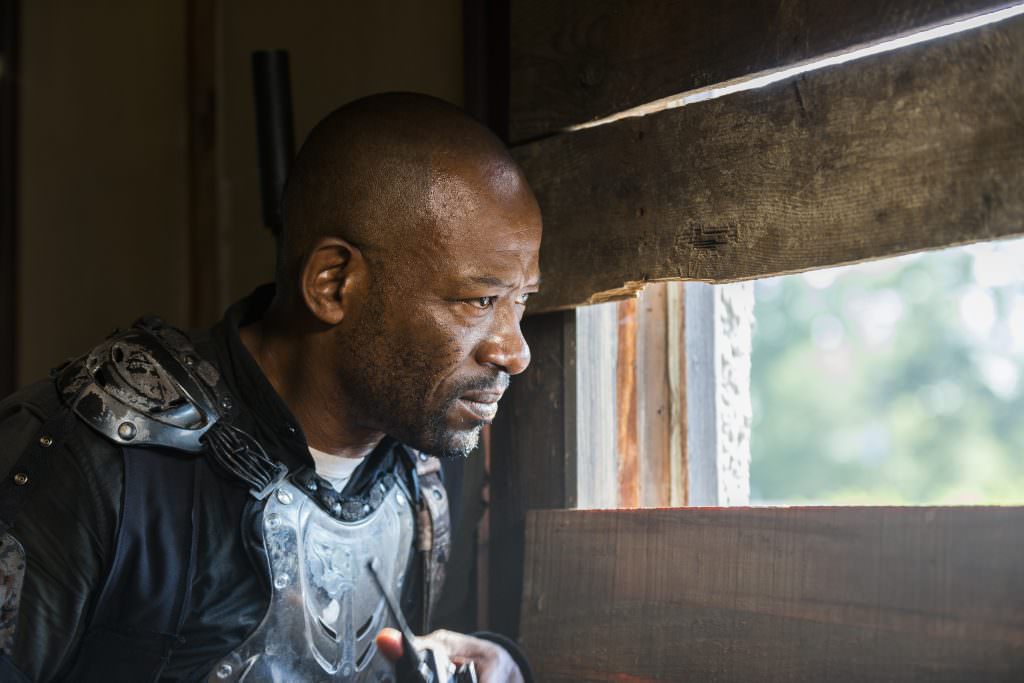 We really like Lennie James. He was a joy to speak with when we interviewed him in 2016, and ever since, we’ve been delighted that the talented actor’s career has been booming. His brief but crucial role in Blade Runner 2049 proved that, no matter how much screen time he’s given, James has the kind of gravitas that the camera loves.

As Morgan Jones on The Walking Dead,  James has been one of the show’s longest-running characters (even though he disappeared for a stretch). Morgan has defied the odds and made it through 8 seasons of mayhem, going through spells of pacifism and, well, understandable bouts of bad human-and-zombie created rage. Fan favorites like Daryl (Norman Reedus) and Maggie (Lauren Cohan) have also made it a long way, but Morgan has been there since the literal beginning. His long and dynamic journey from survivalist to pacifist to realist is nearing the biggest change in his storyline yet. Morgan is crossing over to Fear The Walking Dead and EW has released the first images from the upcoming transition.

The pictures from the first episode of Fear season 4 give us few clues about where Morgan is headed, but it definitely looks like he’s prepared for a journey. Armed with his stick that he wields masterfully as weapon of choice, it looks like Morgan is alone for some time with only a backpack. He will certainly encounter some walkers, but we know Morgan can hold his own.

Morgan has been an independent and transient character throughout the run of TWD, so it makes sense that he’d be most likely to cross paths with Madison, Alicia, Strand and the rest. Showrunner Andrew Chambliss told EW about how enthused the cast and crew at Fear are to have actor Lennie James join the show.

It’s comforting to know that the rich character James created who we’ve come to love will still be true to his principles, but we’ll get to see him grow and experience new things. James will be officially gone from TWD by the end of season 8. As the midseason finale proved, no one on the cast is safe, but we know for sure that Morgan lives.