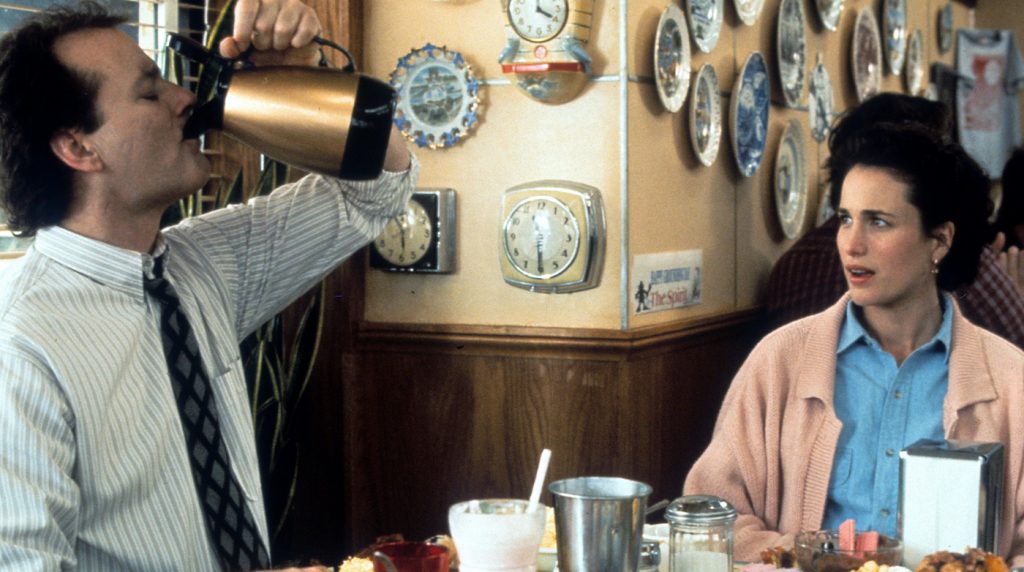 Check out the Surprise Trailer for Groundhog Day 2!

Okay, so there isn’t actually a Groundhog Day 2, but, Sony Pictures has made Ramis’s iconic comedy available on a variety of platforms, including Apple TV, Amazon Prime, and Movies Anywhere, and they’ve made that announcement with this epic head fake. They’ve also launched a social media campaign in which they want you to show them your Groundhog Day routine by using the hashtags #MyGroundhogDay and #GroundhogDayChallenge on Instagram and Facebook.

Here’s the official synopsis for one of the truly great comedies:

Bill Murray is at his wry, wisecracking best in this riotous romantic comedy about a weatherman caught in a personal time warp on the worst day of his life. Teamed with a relentlessly cheerful producer (Andie MacDowell) and a smart-aleck cameraman (Chris Elliott), TV weatherman Phil Connors (Bill Murray) is sent to Punxsutawney, Pennsylvania, to cover the annual Groundhog Day festivities. But on his way out of town, Phil is caught in a giant blizzard, which he failed to predict, and finds himself stuck in small-town hell. Just when things couldn’t get any worse, they do. Phil wakes the next morning to find it’s Groundhog Day all over again… and again… and again.

For other quarantine viewing options, there have been watch lists galore since millions of people started practicing social distancing, self-quarantining, and sheltering in place due to the spread of COVID-19. Rian Johnson and Edgar Wright shared their favorite 70s musicals and comedies, respectively, while James Gunn offered a top-10 list of films you probably haven’t seen but should. Our own Desson Thomson gave us a thorough compendium of shows and films we could be enjoying, too. AFI announced a brand new movie club, complete with fun facts, trivia, and a guest celebrity to announce each day’s selection. HBO has made 500-hours worth of programming free for al limited time, and CBS is bringing back Sunday Night Movies.

Featured image: Bill Murray puts down a pitcher of coffee with Andie MacDowell in a scene from the film ‘Groundhog Day’, 1993. (Photo by Columbia Pictures/Getty Images)