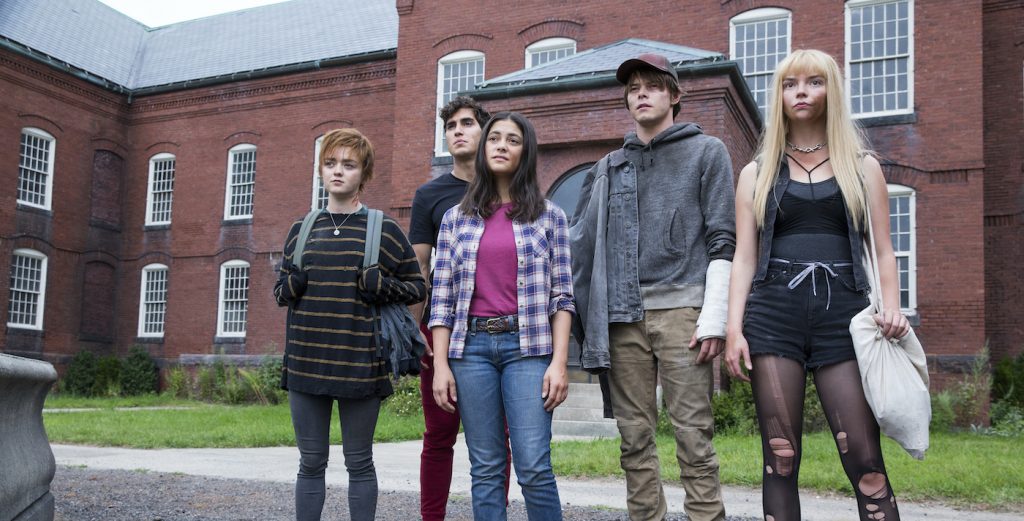 What to Know About The New Mutants

“This isn’t a hospital…it’s a cage.” So says Illyana Rasputin (Anya Taylor-Joy)—also known as Magik—in a new teaser for co-writer/director Josh Boone‘s long-awaited The New Mutants. This fresh spot hypes up Boone’s approach to this X-Men spinoff, which promises to lean more towards horror than we’re used to seeing in our superhero fare. Of all the new mutants we’ll get to know, none seem quite as ready to fight as Magik does.

Here are a few things to know about The New Mutants before it hits theaters next month:

It’s been a long time coming…

The wait for Boone’s X-Men spinoff, which he co-wrote with Knate Lee, has been considerable. The New Mutants was shot in 2017, and the alluring plan to give Marvel fans and comic book fans, in general, a proper superhero/horror film, has been met with plenty of delays. For a while, it seemed like The New Mutants would never see the light of day. Then we got that great first trailer, and hope sprang eternal once again.

It’s got a great crew…

Peter Deming might not be a household name, but the cinematographer seems like a potentially perfect fit for The New Mutants. Deming was the man behind the lens for David Lynch’s glorious return to Twin Peaks in 2017, shooting all 18 episodes. Deming joins an already talented crew backing up Boone, including Harry Potter and the Deathly Hallows (Parts 1 and 2) art director Molly Hughes, who is The New Mutants production designer. Also adding to the film’s horror/supernatural bonafides is the inclusion of longtime X-Files composer Mark Snow.

The premise is promising…

The New Mutants centers on a group of young mutants who are being treated, so to speak, at a secret facility where they’re trying to understand and control their incredible abilities. Yet as Magik has correctly figured out, their “treatment” is a whole lot closer to imprisonment and experimentation, and the young mutants will need to band together if they’re going to survive and break free. These youngsters seem haunted by their abilities and terrified of what they might become, save for Anya Taylor-Joy’s Magik, who seems to relish her deadly powers.

The cast is even more promising…

The cast is excellent, which is yet more cause for hope. It includes Maisie Williams (Game of Thrones) as Wolfsbane, the aforementioned Anya Taylor-Joy (Split) as Magik, Charlie Heaton (Stranger Things) as Cannonball, Henry Zaga as Sunspot, Blu Hunt as Mirage, and Alice Braga as the sinister Dr. Cecilia Reyes.