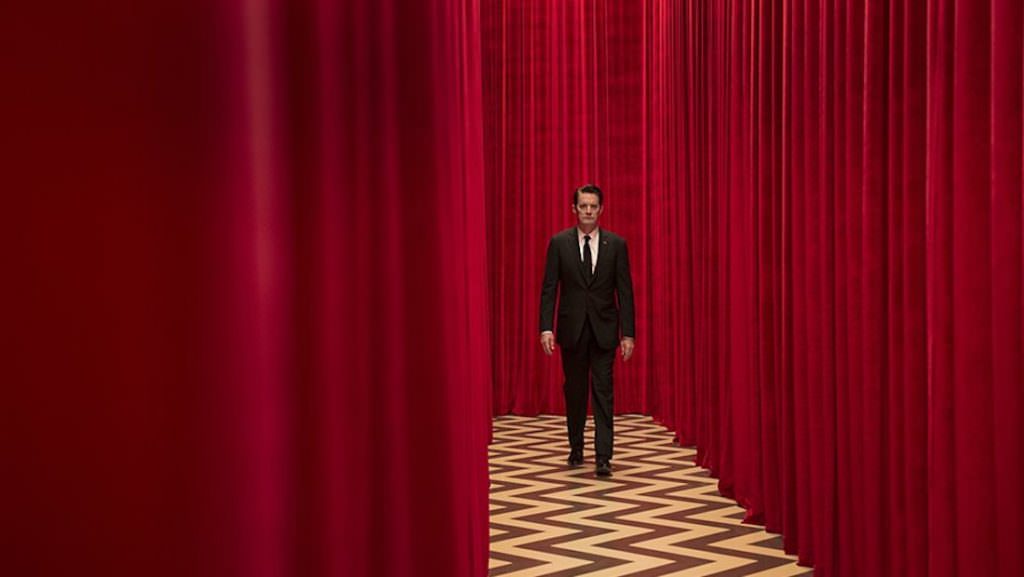 David Lynch and Mark Frost’s iconic Twin Peaks returned to television last night, 27 years after it first appeared and changed the medium as we knew it, and it seems the wait has been worth it. Critics have spent today largely hailing the 2-hour premiere, which reacquainted us with FBI Special Agent Dale Cooper (Kyle MacLachlan), the Palmer family and the deeply creepy, supernatural weirdness that goes on in the fictional, titular town. What's more, Twin Peaks now has story that stretches beyond the iconic small town, taking viewers into Manhattan and Las Vegas and South Dakota, all of which are subject to Lynch's warped, wonderful artistry.

The New York Times TV critic James Poniewozik writes: "One of the creepiest images in the new “Twin Peaks” is a glass box, ensconced in a window in New York City, which is kept under constant observation in case something comes through it. (Not-such-a-spoiler alert: Something does.) Twin Peaks, returning 27 years after its debut, is no longer brand-new under the sun. But in its familiarly inscrutable first two hours, shown Sunday night on Showtime, it still has the ability to turn your TV into that box — a quietly menacing portal through which something horrifying or wondrous might burst at any moment.

CNN's Brian Lowry hailed Lynch's fearlessness when it comes to confusing his audience: "Unlike recent serialized series that indulge in hard-to-decipher storytelling, "Twin Peaks" has earned the right to be weird. Lynch's style can be mesmerizing even when it's confounding — from the dissonant sounds to the uncomfortable silences, the quirky humor mixed with a foreboding sense of dread."

The AV Club's Emily L. Stephens writes that Twin Peaks two-hour premiere is "pure Lynchian horror…much of “The Return, Parts 1 & 2” is unfiltered Lynchian vision, unfettered from the structures of soap operas, police procedurals, or thrillers that gave shape to the first few original outings into Twin Peaks. It’s brazen in its patience, in its long, uncomfortable takes and unexplained mysteries. It’s unsparing in showing how cruel and calculating people—friends! husbands! wives!—can be to each other. It’s punctuated with pure nightmare imagery (and sound, holy hell, the sound of this show!) reminiscent of Mulholland Drive’s eerie second half or the sustained surreality and howling anguish of Inland Empire."

Variety's Sonia Saraiya writes: "David Lynch returns to the small screen in Showtime's reboot, which confounds and indulges but still communicates astonishing vision….Twin Peaks: The Return is weird and creepy and slow. But it is interesting. The show is very stubbornly itself — not quite film and not quite TV, rejecting both standard storytelling and standard forms. It’s not especially fun to watch and it can be quite disturbing. But there is never a sense that you are watching something devoid of vision or intention. Lynch’s vision is so total and absolute that he can get away with what wouldn’t be otherwise acceptable."

Uproxx's Alan Sepinwall says that the premiere is "the work of a director in full command of his talents and his desires…The Return never felt like a brand cash-in — Lynch and Frost returning to their most famous creation for lack of other ideas — nor like a show that had no business existing outside its original time and space."