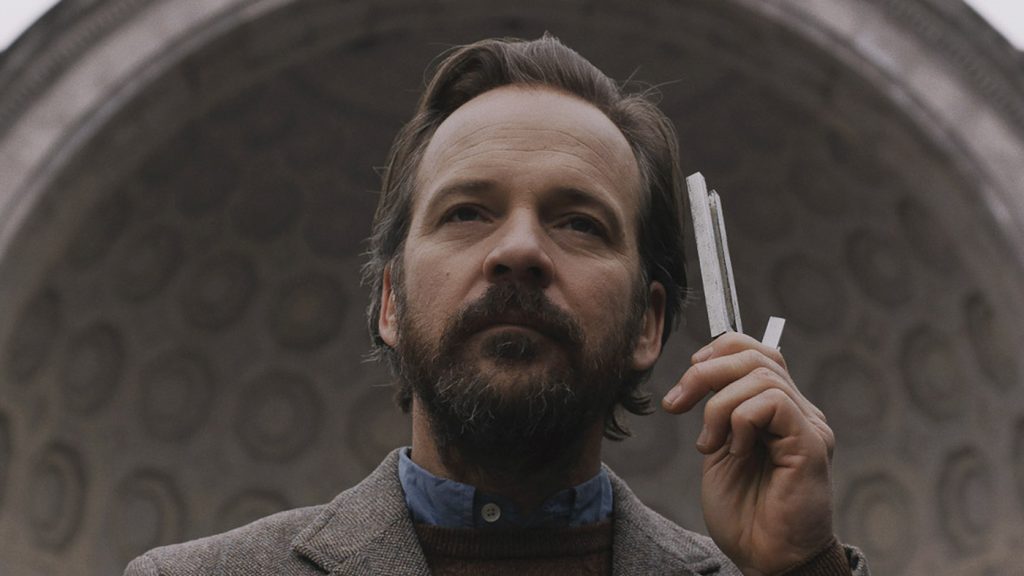 Yesterday, co-writer and director Matt Reeves revealed the first photo from the set of The Batman, officially announcing the start of production. The film is led by Robert Pattison, who takes over the role of Bruce Wayne/Batman from Ben Affleck (most recently) and Christian Bale (most effectively). Pattinson is surrounded by an incredible cast, including Jeffrey Wright as Commissioner Gordon, Zoe Kravitz as Catwoman, Paul Dano as the Riddler, Andy Serkis as Alfred, and Colin Farrell as Oswald Cobblepot (better known as the Penguin). Farrell was recently on Jimmy Kimmel Live! to discuss his current film, Guy Ritchie’s The Gentlemen, when he told Kimmell how impressed he was with Reeves’ script. Yet there’s another great actor who has been involved in the film whose role has been a state secret. We’re talking about Peter Sarsgaard.

Well, Warner Bros. has officially revealed the name of Sarsgaard’s character, and it’s not Harvey Dent, better known as Two-Face. This was the iconic DC villain that many people thought Sarsgaard would be taking on, but Warner Bros. says that Sarsgaard is playing Gotham District Attorney Gil Colson. And you know who Gil Colson is, right? You don’t? Well, neither do we, because Gil Colson is not a character from any known DC comics universe.

Now, one could speculate that Reeves and his co-writer Mattson Tomlin are simply filling their version of Gotham will both classic characters like Catwoman, the Riddler and the Penguin, and wholly new characters who will help them tell the very specific story, in this very specific Gotham, they’re trying to tell. It is intriguing that Sarsgaard’s Gil Colson has the same job that Harvey Dent had, a noble crusader for justice who turns into one of Gotham’s most twisted villains. The last time we saw Dent on the big screen, he was played by Aaron Eckhart in Christopher Nolan’s best in class The Dark Knight in 2008. Perhaps Reeves and Tomlin are creating their own version of Two-Face without the same backstory and trajectory as Harvey Dent, hence Gil Colson.

Or maybe Warner Bros. is simply messing with us, and it’ll be revealed that Sarsgaard is, in fact, Harvey Dent. Or, he’s playing some other well-known character that will round out the Rogues Gallery Reeves has assembled.

It’ll likely be a while until we learn for sure—The Batman isn’t due in theaters until June 25, 2021. What we know for sure is Sarsgaard is a great actor joining a great cast. Whether he’s really “Gil Colson” or somebody else, Sarsgaard is a great addition to kickstart a new era for the Caped Crusader.