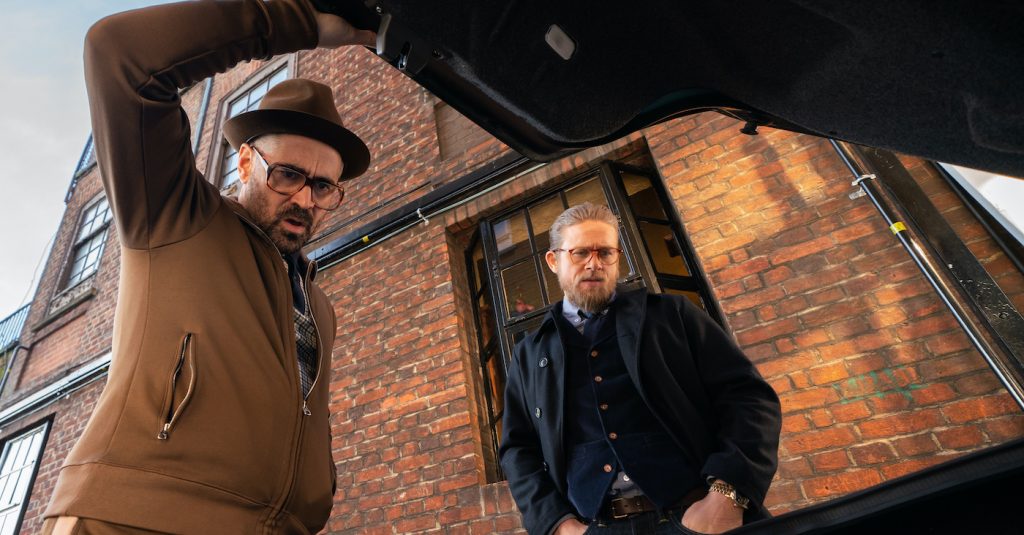 There is a lot of intrigue around writer/director Matt Reeves‘ upcoming The Batman, which will reboot the Caped Crusader for Warner Bros. with Robert Pattinson taking on the cape and cowl. We know the film is going to be more of a noir detective story than your standard superhero movie. We know that Reeves will not be telling an origin story per se, but rather will begin this film with Pattinson’s Bruce Wayne already plying his nocturnal trade as Batman. And we know that surrounding Pattinson is an all-star cast. Those include Jeffrey Wright as Commissioner Gordon, Zoe Kravitz as Catwoman, Paul Dano as the Riddler, Andy Serkis as Alfred, and Colin Farrell as Oswald Cobblepot (better known as the Penguin).

Farrell was on Jimmy Kimmel Live! to discuss his current feature, Guy Ritchie’s The Gentlemen. Kimmel got around to asking him about The Batman, and here’s what Farrell had to say:

“I’m still in the process of talking to Matt Reeves, who’s the director and who wrote the script. He wrote a really beautiful, dark, moving script, really gorgeous,” Farrell said. Kimmell then asked if he’d read the entire script. “Yeah, with a chain around my arm and cryogenically frozen script, it’s all very hush-hush. But it’s a really beautiful script that he wrote and he has a real love for it, Matt. So we’re still in the process of just finishing designing the aesthetic of the character.”

The fact that Farrell and Reeves are discussing the aesthetics of the character is compelling considering Farrell, at least the real-life version of him, doesn’t have the same short, plump shape we associate with the Penguin we have seen in the comics and in Danny DeVito’s excellent portrayal of him in Tim Burton’s Batman Returns from 1992. Obviously, today’s filmmakers can pretty much turn anybody into anything, but you have to wonder if Farrell and Reeves are going to explore a vastly different kind of Penguin in The Batman. Considering Reeves has already hinted that his film will be much different from previous iterations of Batman, from Burton’s ground-breaking films to Christopher Nolan’s beloved Dark Knight trilogy, there’s no reason to think Farrell’s Penguin needs to conform to the versions we’ve seen before.

We’ve got a long way to go before we have any idea about what Farrell and Reeves are cooking up for the character. The Batman isn’t due in theaters until June 25, 2021.