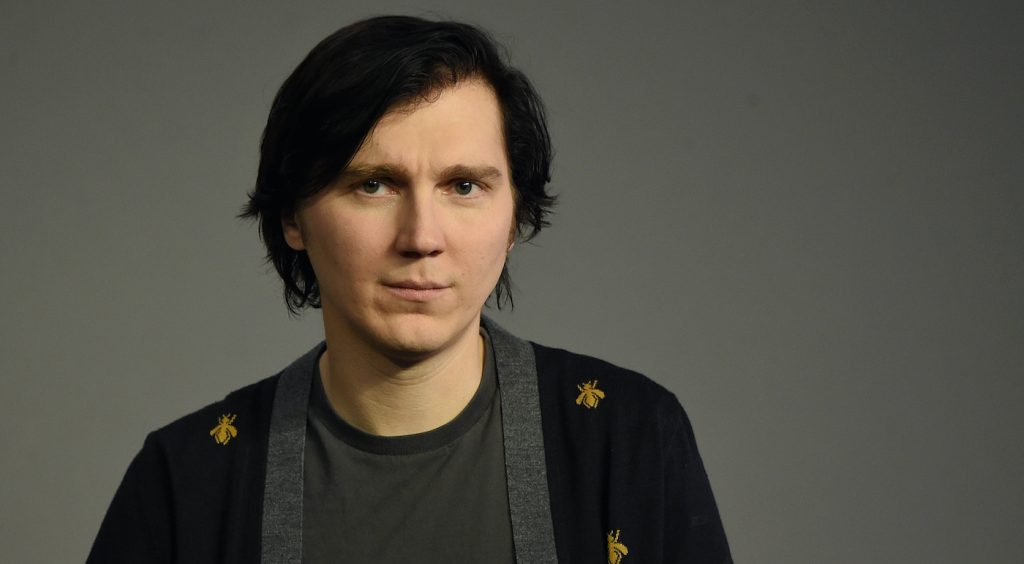 The news broke yesterday that The Batman director Matt Reeves had cast Paul Dano as The Riddler. Earlier reports had it that Jonah Hill might get the role, but Hill exited from consideration as both The Riddler and the Penguin, and the story broke that Dano would be playing Edward Nashton, the man who becomes one of Batman’s most curious, cerebral enemies. Dano joins Robert Pattinson as the Caped Crusader, Jeffrey Wright as Commissioner Gordon, and the recently added Zoe Kravitz, as Catwoman. This cast is shaping up splendidly. We know Jeffrey Wright will crush the role of Gordon, and Dano and Kravitz are very, very talented actors, and crucially, they both have the intensity to match Pattinson, who has become one of his generation’s most committed actors.

Kravitz as Catwoman almost feels like, well, duh, she’s clearly going to be awesome in this role. As the tough but tender Bonnie on HBO’s Big Little Lies, she’s emerged as one of the most nimble performers on that star-studded show. It seems like now is the time she should be getting big, career-making roles. Picturing her as Catwoman is actually quite easy.

As for Dano, if you’re not as well versed in his work, we’ve got good news for you; he’s an absolutely fantastic choice. He has built a sturdy, unique career taking on one tough role after another. Here then are three reasons we think you should be excited about him playing the Riddler.

He was more than up to the challenge of battling onscreen with one of the world’s greatest actors.

Dano not only held his own tangling with Daniel Day-Lewis in Paul Thomas Anderson’s 2007 epic There Will Be Blood, but he was truly riveting. Dano played a pair of twin brothers, Paul and Eli Sunday. In fact, the Sunday Brothers weren’t supposed to be twins, but Dano had to take on the much larger role of Eli when the actor slated to play him was fired. Dano had only a couple of days to prepare for a role in which he would play the duplicitous preacher who ends up becoming a target of Day-Lewis’s raving oilman Daniel Plainview. The rest is film history. Dano was terrific, and the film is one of the best of the century.

Care to play a man trapped on an island with a flatulent corpse? Dano’s done it, in the surreal, surprisingly wonderful Swiss Army Man (the corse was played by Daniel Radcliffe, no less). He was excellent. So was Radcliffe, it must be said. Or how about a high school student who wants to be in the Air Force but can’t on account of his eyesight, so you’ve given up speaking? Dano did that, too, in Little Miss Sunshine. Barely said a word and yet never faded once in a large ensemble with other great actors. He was excellent as a pathologically committed eco-warrior in Bong Joon Ho’s brilliant Okja, and as the Beach Boys’ mastermind Brian Wilson in Love & Mercy. We could go on. How about Dano as David Sweat in last year’s excellent series Escape at Dannemora? He picks great roles, works with great filmmakers, and immerses himself in whatever character he’s playing.

He’ll be nothing like Jim Carrey’s Riddler from Batman Forever.

This isn’t meant to be a knock on Carrey, who was asked to ham it up in Joel Schumacher’s Batman Forever as Edward Nygma (get it?). Dano won’t be wearing a suit with question marks on it, and won’t be prancing around with a cane hurling zingers and making faces. Carrey was at the pinnacle of his fame and brought his exuberant, elastic energy to a role that called for it. For Reeves’ The Batman, we’re all but sure Dano’s iteration of the Riddler will call for a quieter, smarter, more sincerely sinister character. Dano exudes a kind of wounded intelligence that seems perfect for a depiction of the Riddler as a real person with real issues, rather than a larger-than-life showman who wants nothing more than to riddle the Batman to death.