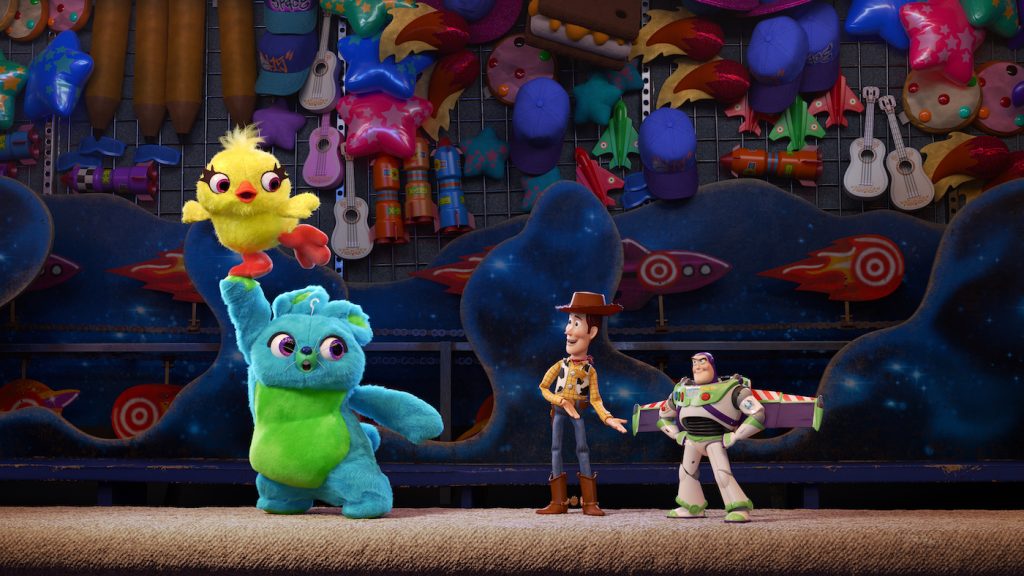 So, how about that game yesterday? Don’t answer that, rhetorical question. We both know the real reason why you sat through Super Bowl LIII: the movie trailers and commercials.

We got fresh looks at the hugely anticipated Avengers: Endgame and Captain Marvel during the big game, but Disney wasn’t done. They also released a new teaser for Pixar’s Toy Story 4, and we find the gang lightyears away from home and beyond at a carnival.

We already knew America’s favorite toys would venture out to a carnival thanks to a poster unveiled last November. Now, we might know why. Buzz is trapped as a prize at one of the carnival’s games, where he then has a squabble with two other fluffy friends. Looks like it’s Woody and Bo Peep to the rescue!

Also, can we talk about Bo Peep 2.0? Ever since Disney revealed her new look in a poster last month, we’ve been dying to get a better look at the damsel in no distress. Girl power!

Bo Peep will play a major role in Toy Story 4. Disney previously revealed this, in the synopsis for the fourth installment in the series:

Featured image: Funny men Keegan-Michael Key and Jordan Peele provide the voices of Ducky and Bunny, respectively. Directed by Josh Cooley (“Riley’s First Date?”) and produced by Jonas Rivera (“Inside Out,” “Up”) and Mark Nielsen (associate producer “Inside Out”), “Toy Story 4” ventures to U.S. theaters on June 21, 2019. ©2018 Disney•Pixar. All Rights Reserved.