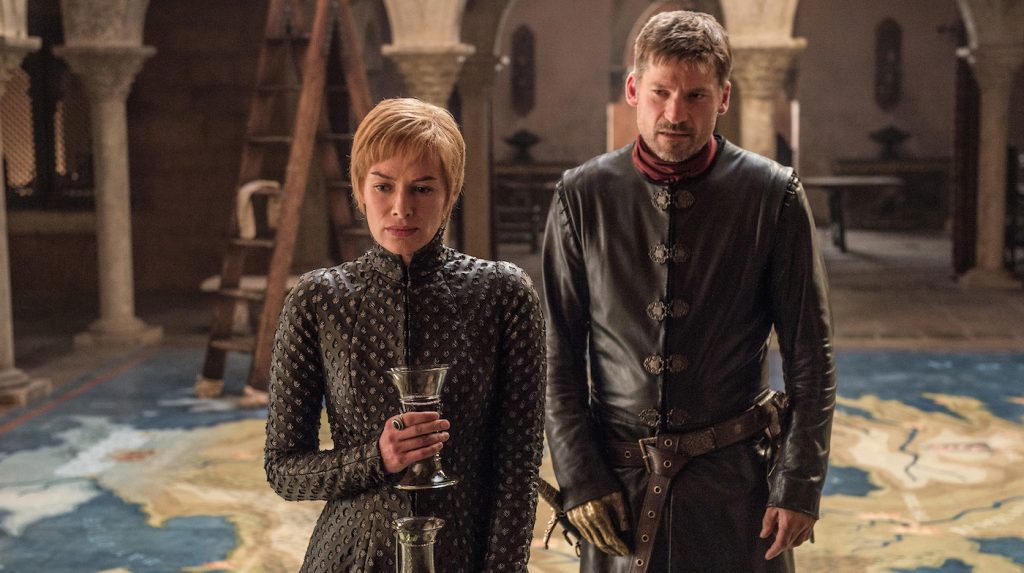 Big brands have always used the Super Bowl as an opportunity to flex their creative muscles. While we always expect new spots for major movies during the big game, like last night’s Captain Marvel and Avengers: Endgame, it’s always a guessing game which company will bring our their narrative big guns. Last year, Doritos dropped the second most surprising win at the Super Bowl (the Philadelphia Eagles beating the New England Patriots was the night’s most shocking victory) when they delivered their now iconic Game of Thrones-themed commercial. Naturally GoT fanatics began wondering if the spot was actually holding crucial clues to the series. Peter Dinklage appeared as his beloved character Tyrion, delivering the heat along with his bag of Doritos blaze. Did this prove he was a Targaryen after all? They were the family that had the fire-breathing dragons, before they, and the dragons, all but disappeared. This year, Bud Light took home the night’s award for the most surprising narrative twist with their GoT inspired ad.

In the ad, it appears like just another medieval-themed Bud Light commercial, with the jaunty dialogue and period costumes, when suddenly its taken over HBO’s hit series. A fun-loving medieval joust devolves into a bloody Game of Thrones-like massacre when Sir Bud Light is face-to-face with The Mountain. Never a good thing. What happens next is fairly shocking. This is before the dragon show ups. It was a genuinely delightful and unexpected mid-commercial twist.

The tie-in was also pretty perfect and more or less unforced. Bud Light has been delivering their medieval-themed ads for a bit, making the most out of the absurd rhetorical flourishes. It seems only natural they’d finally go full hog and get their GoT fantasy on. How did this collaboration happen? The Wall Street Journal has the scoop. They write that it’s the “biggest and boldest marketing tie-ins the AT&T Inc.-owned cable network has ever orchestrated.” It’s also a lot of fun.

Here’s the ad in case you missed it. It’s more entertaining than the game was. As for Game of Thrones, you won’t have to wait much longer for the 8th and final season—it premieres on April 14: