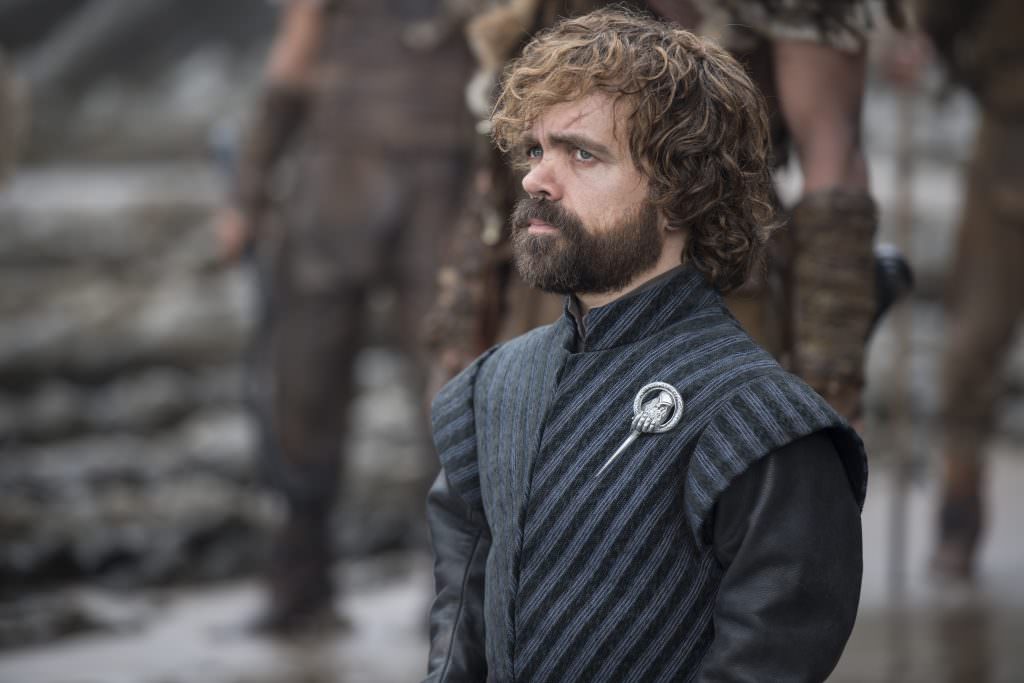 Did This Doritos Super Bowl Commercial Confirm That Tyrion Lannister is a Targaryen?

We may have to wait until 2019 for the return of Game of Thrones, but the biggest question coming out of the Super Bowl is not about whether Eagles tight end Zach Ertz had control of the ball when he scored the game’s final touchdown (reader—he did), but whether fans were given a crucial Game of Thrones Easter egg in the Doritos Blaze v. Mountain Dew Ice commercial that aired during the game. If you missed the spot, we’ve embedded it below in all its flaming, icy, potential Easter eggy glory.

Tyrion Lani – or rather, Peter Dinklage, is featured in a blazing battle of words against Morgan Freeman’s icy breath. In the ad, Tyrion (yes, he will forever be Tyrion in our hearts) is featured in a fiery room rapping fiercely to Busta Rhymes’ verse from “Look At Me Now.” At the end of his verse, fire sparks from his lips, hinting at a popular fan theory claiming Tyrion is, in fact, a Targaryen.

Now, is Game of Thrones so powerful that HBO is able to seed Easter eggs in completely unrelated commercials paid for by popular brands? Probably not—but—said brands might find it advantageous to play off one of the most popular shows on TV by making sure one of the stars of the spot is dressed precisely like his most famous character, and, hinting at his role on the show. Plus, Doritos isn’t quite debunking the theory. Also consider the fact that Dinklage’s Doritos Blaze is squaring off against Freeman’s Mountain Dew Ice, which sure seems like a nod to “A Song of Ice and Fire,” and the fact that one of the show’s three dragons is now an ice dragon.

Though Peter Dinklage has not confirmed nor denied this recent theory, it is safe to say Game of Thrones is still at the forefront of our minds (or at least the minds of Doritos and Mountain Dew’s advertising teams) and we are grateful for this reminder that all things are related, in one way or another, to the wild world of Westeros.