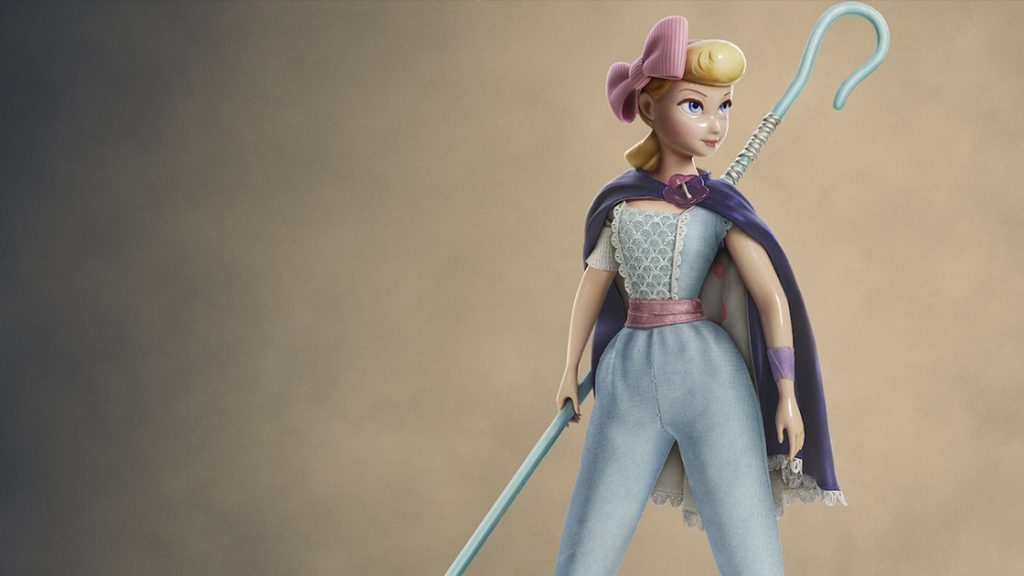 Toy Story 4 has introduced us to a whole new Bo. Pixar revealed a new poster for not-so-little Bo Peep, as well as a new synopsis for the film. You’ll notice that Bo has ditched the bonnet and the hoop dress in favor of a pair of sensible pants, a cape, and her trusty staff. Also, a pink bow, because one wants a little color.

Toy Story 4 reunites us with Woody and the gang, now living with Andy’s sister Bonnie. Yet unlike Andy (no offense, old chum), Bonnie’s imagination is capacious enough to include space for her new, self-crafted toy Forky (Veep‘s Tony Hale). Yet poor Forky is in the midst of an existential crisis—is he “trash” or a toy? Naturally, it’s up to Woody to help Forky embrace his new role and become the best toy he can be. Yet this is a Toy Story film, which means our beloved toys won’t be playing safely in Bonnie’s room for long.  Woody, Forky and the gang end up on a journey that reunites Woody with his long lost friend, Bo Peep. Only this Bo has changed.

Check out the trailer for Toy Story 4 here. The film is directed by Inside Out writer Josh Cooley.